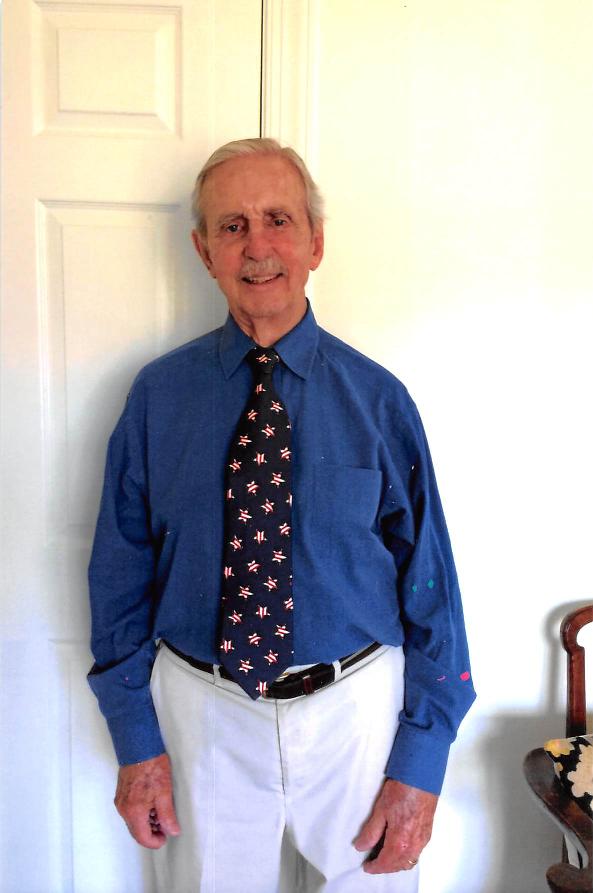 Michael E.G. Kirby passed away peacefully surrounded by family and friends on the 19th of November 2019, at home in Windsor Meade in Williamsburg, VA. He is survived by his wife Juliet and their four children: Angela Whitney, Caroline Van Ingen, Belinda Legere, Justin Kirby; and their eight grandchildren: Jessica, Elizabeth, Emily, Daniele, Carl, Christopher, Paige, and Nash.

Michael was born on October 23rd, 1932 in London, England to parents Hilda and George Kirby. He served in the British Army (Essex Regiment) and in the Honorable Artillery Company reserve regiment from 1952-56. He married Juliet Sandford in 1957 and they emigrated to the United States in 1958. They resided in San Francisco, CA for six years before being transferred to New York with advertising agency Young & Rubicam. Prior to retiring in 1992, he worked for Xerox Corporation in Stamford, CT as Worldwide Director of Strategic Advertising and Promotion.  Michael was an avid sportsman and played rugby (Olympic Club, SF), tennis, squash, and golf at Greenwich Country Club. Michael and Juliet lived in Greenwich, CT for 35 years.

They retired to Williamsburg, VA in 1994. His wife Juliet, a professional Botanical artist and teacher, joined the Twentieth Century Art Gallery in 1995. Shortly afterwards, Michael was appointed President of the gallery and served in that capacity for 12 years. They remain lifelong members.

A Memorial Service will be held at 11:30 am at Bruton Parish Church on Saturday the 7th of December 2019.

In lieu of flowers, donations may be sent to the Williamsburg Contemporary Art Center.