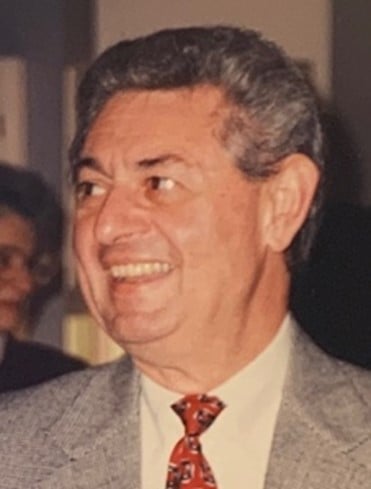 Michael D. Picardi died peacefully on August 10, 2022 in Williamsburg, VA at the age of 87. Mike was born to Domenic and Veronica Picardi in Gloversville, NY, then the glove-making capital of the world. He graduated from Gloversville High School and then Purdue University, where he studied Industrial Engineering. Mike met his wife, Judy, at Purdue University. They married in 1960 and spent their first two years on the island of Saipan, south of Japan, where Mike was stationed in the Navy. They recall these early years as a wonderful adventure. They also spent significant years in Greenwich, CT and Los Altos, CA, before retiring to Williamsburg. The majority of Mike’s career was spent in the aerospace industry. Later, he went into business brokerage with his son Dave, and for several years they worked side by side helping entrepreneurs from many different countries to sell and buy their businesses.

Mike and Judy loved meeting people from other cultures and went out of their way to help them feel welcome. In retirement, Mike mentored international business students at the College of William and Mary, and the couple often hosted students for dinner. Mike also shared his love of history by being a docent at Colonial Williamsburg, Jamestown, and Yorktown.

Woodworking, gardening, and baseball were his passions. Mike was a lifelong Yankees fans and relished any chance to jest with Red Sox relatives. Later in life he discovered a love for cooking, mastering hearty soups, Italian classics, and homemade limoncello to share with company.

A devout man, Mike was a lifelong member of the Catholic Church, and his faith navigated him through the waterways of life. Mike is survived by his devoted wife of 62 years, Judy; his children, Dan, Patti, and Dave; and five grandchildren. His “championship blood” lives on in them. The memorial service and reception will be on Tuesday Nov. 22 at noon at St. Bede Catholic Church, 3686 Ironbound Road, Williamsburg.