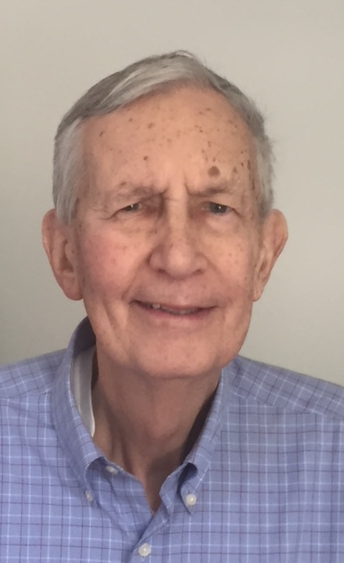 Max H Mattes passed away peacefully on January 19, 2018 in Williamsburg, VA. Max is survived by: his loving wife, Lonnie; his daughters, Kathleen Hawley Mattes and Myfanwy Evan Mattes; step-daughters, Erryn and Carlie and their families.

He was born in Newton Falls, OH to Milan and Leah Mattes on August 10, 1933. Max moved to Ithaca, NY in 1951 to attend Cornell University on a C.U. National Scholarship and earned his Bachelors and Masters of Electrical Engineering. Living in Ithaca until 1997, Max started and ran 2 businesses: Alcor (1956) and All-Mode Communications Inc. (1972). He was an active member of the Rotary Club and served on several boards of directors.

Basketball was an important part of Max’s life. He played for Cornell and was on the team as a point guard/ forward in 1954 when they won the Ivy League Championship and went to play in the NCAA Tournament in the Sweet 16. After graduating he coached the Cornell freshman basketball team. Max played in the Senior Olympic games into his 80’s, his team winning the Gold in 1993.

Next to basketball was sailing. In 1997 he and his wife, Lonnie, lived aboard their sailboat and sailed from Ithaca, NY to the Caribbean. The adventure enriched his life not only from the experience, but from the deep friendships made.

After moving off the boat and settling first in Hampton, VA and then Williamsburg, VA; Max was proud to be a docent at the Mariners Museum in Newport News, VA. He was awarded the Docent Volunteer Award in 2012.

Max knew no stranger and loved his daughters and step daughters immensely. He touched so many lives in his time here and in return the family has felt that deeply in these days following his passing. Max requested that there be no services and that you remember him in your experiences and memories shared together.

In lieu of flowers, please consider donating to League of Women Voters Williamsburg at www.lwvwilliamsburg.org or Heritage Humane Society at www.heritagehumanesociety.org