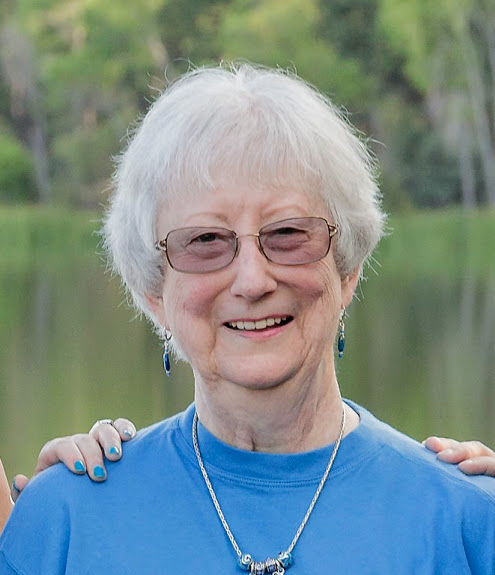 Mary Jane Gantzler was born Mary Jane Timmins on April 12, 1937 in Gardner, MA. Her parents were Bill and Alice (Wiggin) Timmins.  She lived in small-town New England until she graduated from high school, then she moved to Boston.  She responded to a newspaper ad to interview for a job with the State Department Foreign Service and was accepted.  After all the paperwork and receiving a suitable clearance, she was assigned to the U.S. embassy in Mogadishu, Somalia.  She went on from there to assignments in Kobe/Osaka Japan, Dusseldorf, Germany; Bangkok, Thailand; Warsaw, Poland; Rabat, Morocco; and Ottawa, Canada.

Mary Jane resigned from the Foreign Service in 1979 to marry Richard Gantzler.  They were married in Derry, New Hampshire in September 1979.  Dick was in the Air Force and assigned to Kelly AFB, in San Antonio, TX.  The couple moved from San Antonio to Athens, Greece in January 1980 and in 1981 they moved from Athens to Wiesbaden, Germany.  In 1983 they moved from Germany to Virginia.

When Dick retired from the Air Force in 1985, they moved to Reston, Virginia and lived there for 21 years.  It was during that timeframe that Mary Jane got involved in quilting and eventually in applique.

Mary Jane joined Fairfax chapter of Quilters Unlimited (QU), took classes and joined a quilting bee.  Her quilting bee had annual quilting retreats which she greatly enjoyed.  She eventually was in a bee that held its retreats at the Outer Banks.  Each year she enjoyed a full week of quilting and camaraderie and learned a lot.

Mary Jane started doing applique to add dimension to the quilts she made.  She would travel each spring to Williamsburg, VA to attend the Applique Academy.

Dick retired from the business world in June of 2006 and they moved to Williamsburg, VA.

Mary Jane joined Colonial Piecemakers Quilt Guild and with some friends from Northern Virginia started a quilting bee.  They held annual retreats at the Outer Banks for many years.  Mary Jane also continued with applique and became a member of the new Academy of Applique.

Mary Jane was a good friend to all she met.  Her infectious smile, kind demeanor, constant willingness to help and countless years as the “Sunshine” committee of one for her local quilt guild will be truly missed.

Mary Jane got sick in early March 2020 and was taken to the hospital on March 16.  She was immediately put on a ventilator and admitted to the ICU.  She died on March 21 of Covid19.

She leaves behind her husband of 40 years, Dick Gantzler, her stepdaughter Valerie Gantzler (Armando) and her stepson Richard Gantzler (Elizabeth) and two grandchildren, Paige and Scott.