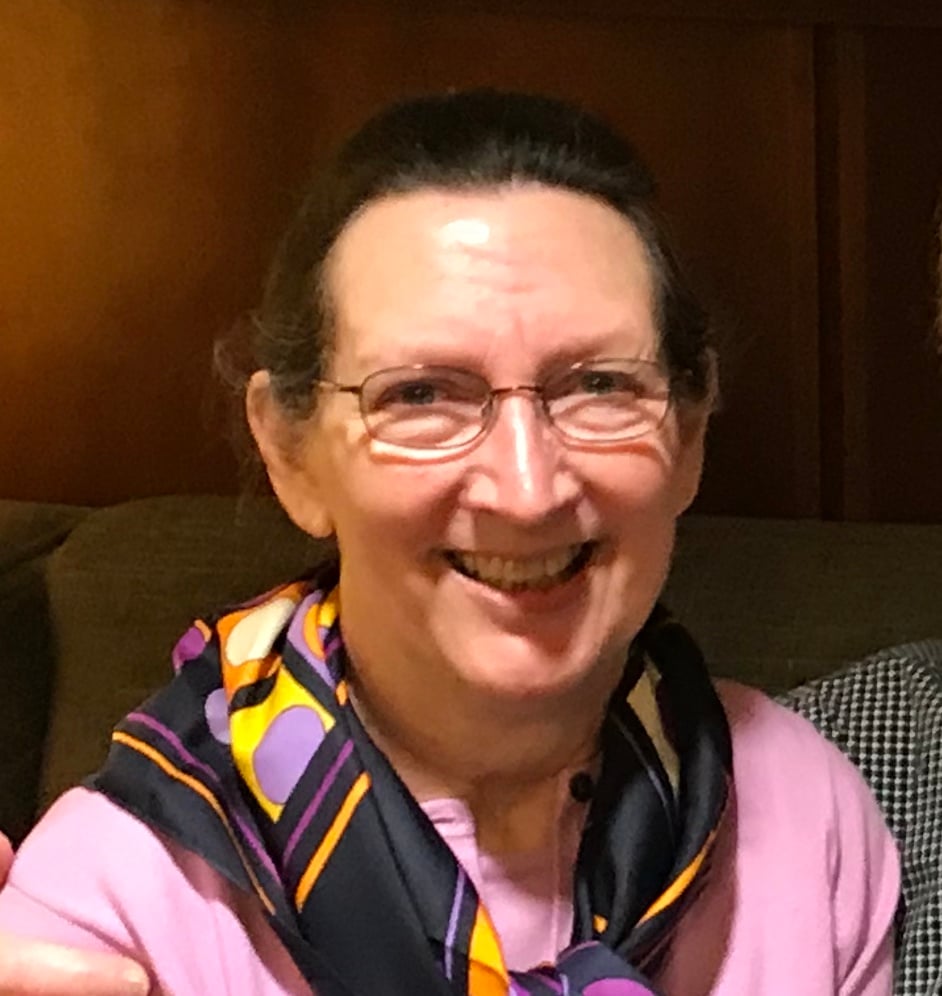 Mary J. Hynes, 72, passed away on July 12, 2020. She is preceded in death by her parents, Joseph T. Houseman and Rose Mary (Papp) Houseman. She is survived by her husband of 45 years, Robert Hynes, their son Christopher R. Hynes and his partner Lucy Ryan of Beaverton, Oregon, and their daughter Katharine (Hynes) Crevier and son-in-law Paul Crevier of New York, New York.

Born in Perth Amboy, New Jersey, Mary grew up in Metuchen, New Jersey, where she attended Saint Francis Grammar School and Metuchen High School. Having visited friends in Lynchburg, Virginia, while in high school, she fell in love with the area and decided to attend Randolph-Macon Women’s College. From then on, she considered herself a Virginian. Blessed with a keen sense of style and elegance, she transferred to Fashion Institute of Technology in New York City, graduated with honors, and joined the sales force of Saks Fifth Avenue. Due to her knowledge and determination, she rose to the level of Manager of the children’s boutique Salon des Petites where she acted as personal shopper for some of their most important clients.

After marrying Robert, her childhood sweetheart, Mary decided that being a stay-at-home Mom was her true calling. Moving to the Princeton area to raise their children, she postponed her plans of returning to Virginia. Mary was best known for the kindness she showed to her family and friends, whether it was driving Chris and his classmates to academic competitions, attending every one of Katie’s orchestra concerts, or offering help to friends near and far.

Five years ago, with their children settled in rewarding careers in computer science and television, she and Robert moved to Williamsburg, Virginia. She felt that she was finally home.

To keep all of Mary’s family and friends safe and healthy, a memorial will be held next year. In lieu of flowers, donations to St. Jude Children’s Research Hospital or The Colonial Williamsburg Foundation would be appreciated.