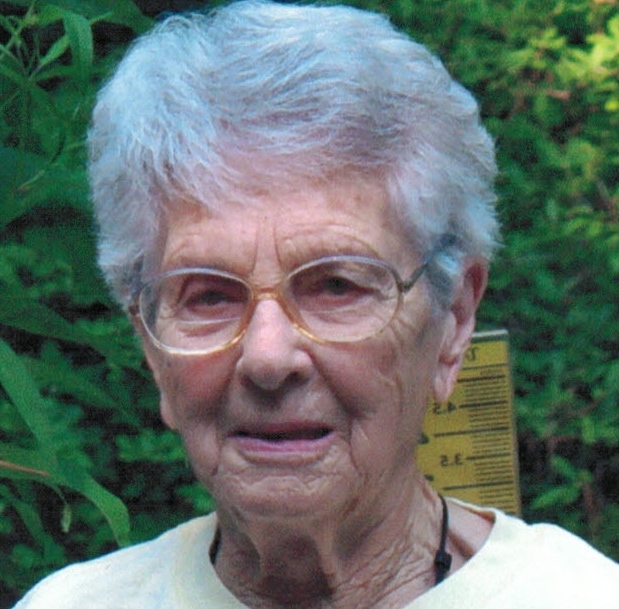 Mary Isabelle Eggers, 95, of Williamsburg, Virginia, died at home under hospice care on Tuesday, March 11, 2014, after an illness of a few months. For most of her life she was a resident of Springfield, Missouri. In 2004, when living independently became impossible, she moved to Williamsburg to live with her daughter and son-in-law, Donna and Stewart Ware. She greatly enjoyed this new chapter of her life in which she made many new friends, became an honorary member of the Miller and Beck families, and found ways to contribute to the community and her church. A memorial celebration of life will be held at Wellspring United Methodist Church (4871 Longhill Road) in Williamsburg on Monday, March 17th, at 11:00 a.m. Another service will be held later at Central Christian Church in Springfield, Missouri, with interment at Greenlawn Cemetery in Springfield.

Mrs. Eggers was preceded in death by her husband of 68 years, Harold Eggers, by her parents, Thomas and Maude Noblet of Springfield, and her brother, Edwin Noblette of Port Hueneme, California. In addition to her daughter and son-in-law, she is survived by dear friends Doris Gurley, Janelle Knox and her family, and Evan Ellison, all of Springfield, Missouri; a loving caregiver Kim McCoy of Newport News, Virginia; and eight nieces and nephews and their families: William and Kathy Noblette of Bullhead City, Arizona, Timi and Roy Ray of Safford, Arizona, Larry and Robbie Eggers of Galena, Missouri, Mark Ringenberg of Kansas City, Missouri, and Jeanie Collier, Jim and Sandy Ringenberg, Steve Eggers, and Sandy Stroud, all of Springfield, Missouri.

In her early years, Mrs. Eggers worked as an assistant to hat designer Annis Massey in her custom-made millinery shop in Springfield. Later, she became a founding member of the Ritter Extension Club, and she remained a member for the sixty years it existed. She was a poll worker at elections for fifty years and a member of the Springfield Historical Society. She loved to cook, read cookbooks like others read novels, and accumulated a large cookbook collection. She was a devoted member of the adult Bible study class at Wellspring United Methodist Church. She did volunteer work for the church and was a faithful coupon-cutter for Grove Christian Outreach Center. A visit to the Williamsburg Farmerís Market on Merchantís Square with her son-in-law every Saturday morning was a highlight of each week. She was a member of the Williamsburg Botanical Garden and the Virginia Native Plant Society, and also a supporter of the Flora of Virginia project, involvements that were an expression of her devotion to her daughter. She was a wonderful motheróand mother-in-law.