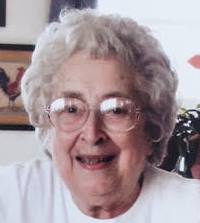 Mary Alice Waters Holland, ever the Patriot, departed for her last mission on July 4, 2016. Mary previously served her country as a registered nurse with the United States Army Nursing Corps, arriving in Normandy just a few days following the landing of the allied troops.  After a year-long stint of treating wounded soldiers by day and sharing a shelter tent with three other nurses by night, Mary returned to the United States as a First Lieutenant.  She earned the American Campaign Medal, the European-African-Middle Eastern Campaign Medal, and the World War II Victory Medal for her hard work and service. Mary was born August 23, 1919 in Newport News, VA to Elizabeth Hooten and Arnet “Clyde” Waters, joining brothers Nelson and Clyde.  In 1947 Mary wed her husband of 61 years; Harry Russell Holland, Jr. (deceased December, 2008). Mary had gotten to know Harry after her brother Clyde married Harry’s sister, Virginia Holland, in 1933. Their families remained close, both eventually making homes in their beloved Hilton Village in Newport News where they shared a multitude of happy times that included river-island escapades. Mary continued to practice nursing while raising sons Harry Russell III, Robert Paul, and daughter Nancy Jo.  As a young girl, Mary developed a love for reading that would become voracious until the end of her life.  She delighted in discovering little-known authors, and many of her first book purchases became highly sought after First Editions. She was a woman whose quick wit made her a sparkling conversationalist, and if the topic ever got around to General George Custer or General Robert E. Lee, even the most learned historian would have to work to keep up with her. Mary was warm, loving, stuffed Christmas stockings better than Santa Clause ever could, and was always game for an adventure.  She will be sorely missed by her children and their spouses, Jackie Prophit Holland, Terry Rayfield Holland, and Wes Robison, her grandchildren Harrison Holland (JuiChia Che), Nathaniel Holland, and Mitchell Holland as well as several nieces, nephews, and cousins. A memorial service will be held at Bucktrout Funeral Home in Williamsburg, VA on Wednesday, July 13, 2016, at 2:00 p.m.