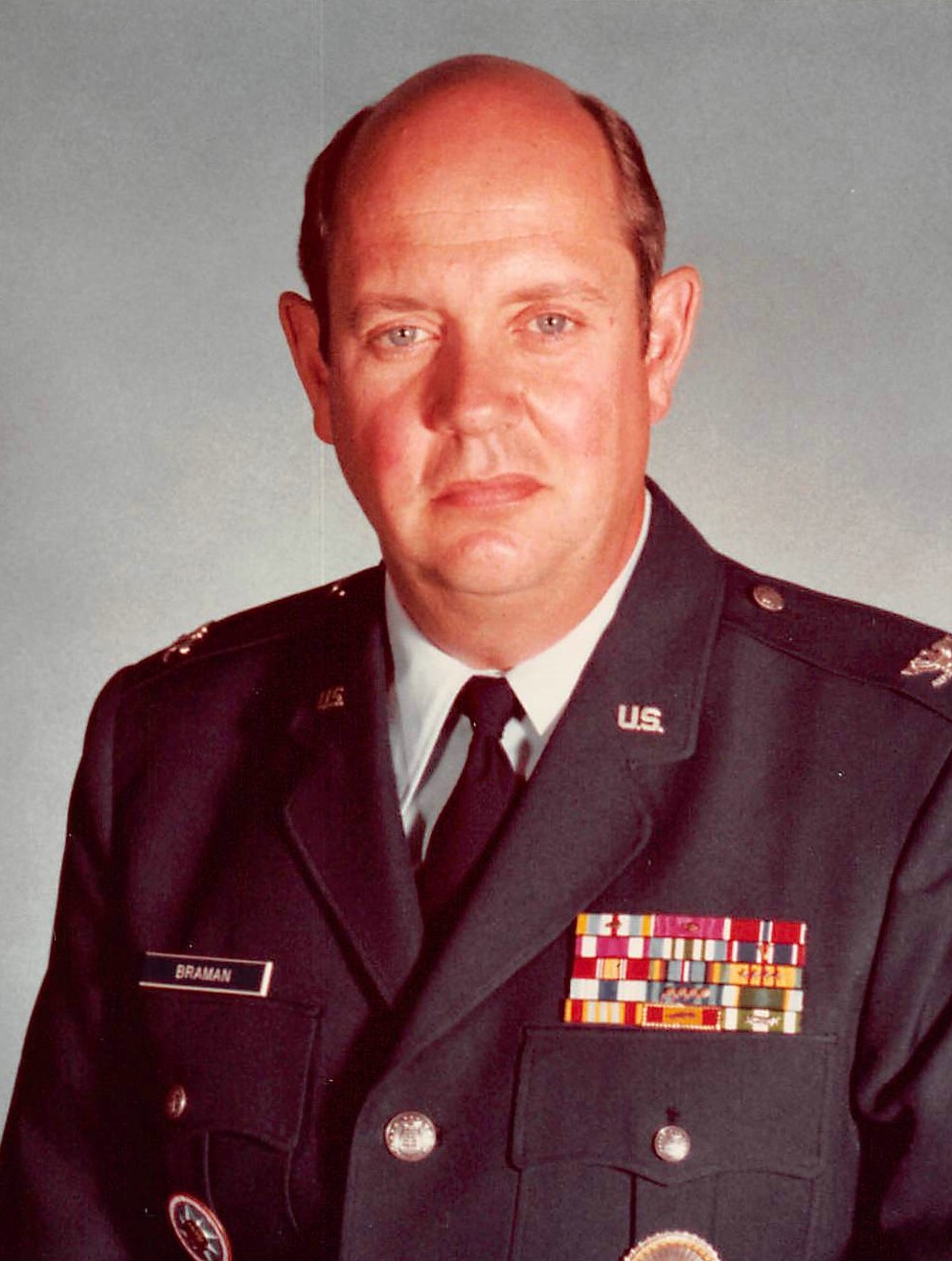 Marv was born on March 3, 1937 in Atlantic, Iowa. He graduated from the University of Iowa in 1959 with a BA in Journalism, earned his Master’s degree from Boston University and attended the National War College in Washington D.C. During a distinguished 28 year career in the United States Air Force, he served in Vietnam; held key positions including the Deputy Assistant to the Secretary of Defense and the Director of Public Affairs for the Pacific command; and served four tours of duty at the Pentagon. He was awarded numerous decorations including the Defense Superior Service Medal with two oak leaf clusters; the Legion of Merit with one oak leaf cluster; the Bronze Star Medal and retired as a Colonel in 1987. Following his Air Force career, he was a public relations executive for Lockheed Martin in Nashua, NH before retiring in Williamsburg in 2000. Throughout his professional life, his greatest satisfaction came from mentoring many individuals in their military and civilian careers.

Marv was a loving husband, father and grandfather and was selfless with his time and commitment to help others. He met his wife Kay Huang in Taiwan and immediately embraced her large family and culture. They traveled the world, hiked, cross country skied, gardened and always put family first. In retirement his greatest joy came from the extensive time spent with his four grandsons and the special connections he had with each of them. He was a Master Gardener, passionate about the 30+ Japanese Maples in his backyard; an avid reader and writer and his memorable stories and engagement in any conversation will be greatly missed.

Marv is survived by his beloved wife of 58 years, Kay; daughter Christina (Tom) Traub; grandsons Ethan and Jason Traub and Jack and Ford Lyons; sister Ruth (John) Kolp and many nieces and nephews. He is predeceased by his parents James and Esther Braman, sister Virginia Hand and his daughter Jennifer Lyons.

A full service with Military Honors will be held at Arlington National Cemetery at a future date.