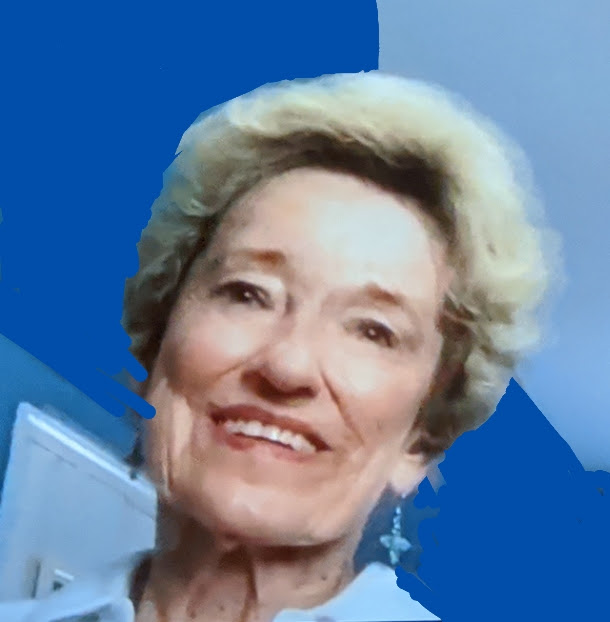 With heavy hearts, the family of Martha Sheppard (Brown) Mitchell report that she passed away on 9 September 2021 at 4:30 AM in Williamsburg, Virginia after a very brief but brave bout with cancer. Martha trusted Jesus Christ as her Lord and Savior and relied upon His grace. We are blessed with God’s peace and assurance that our loved one is no longer suffering pain, but is now with the Lord and His angels about the throne, joyfully united with the family and friends who passed before her.

Martha, a native of Daytona Beach, Florida, born 14 January 1942, was married for 58 years to Dean S. Mitchell; together they had three children. The family moved from Florida to Virginia in the mid 1970s; Dean would then later retire in Yorktown from the United States Coast Guard after 20 years of service.

Martha’s Christian faith and inner strength helped our family through the difficult times; her love and laughter, zest for life, and elegance added joy to our celebrations. She was a dearly devoted wife, a nurturing and loving mother and sweet Nana, a dear younger sister to Laura (Brown) Smallwood of Florida and a loving aunt to six, as well as our friend and confidant. Both of us have struggled with chronic pain, yet she encouraged me often to keep faith in God and told me she was praying for me. Martha was deeply touched that her beloved sister Laura, a retired registered nurse, was able to drop all to travel and stay with her and Dean a month after the cancer was initially discovered in early July 2021. She not only performed the physical duties of helping Dean care for his wife at home for most of the time, but her unselfish presence was also an emotional support to both Dean and Martha, as well as Les and I. We are all so very grateful and I will never forget.

Martha, the youngest of two daughters, was the child of the late landscape artist and poet, Everett Sheppard Brown and, the late registered nurse, Lucile (Heist) Brown who owned and operated nursing homes while Martha and Laura were growing up. Some years ago, Martha’s oldest daughter Deborah, the family historian, discovered a family connection to a late United States president through the Quakers on Martha’s paternal side of the family who lived on the Mason-Dixon line in Maryland. After researching the old family photo collection, she learned that Martha and Laura are the third cousin three times removed of President Abraham Lincoln on their father’s side; they are also the Mayflower descendants of Francis Cooke on their mother’s side. Martha’s late great uncle on her paternal mother’s side, John Rutherford Sheppard (1873-1945) of Rising Sun, Cecil Maryland established the first dental supply unit in America and was listed in the Whos Who Book of Records; hence Martha’s middle name, ‘Sheppard’ was handed down to her.

Martha attended Sea Breeze High School in Daytona Beach, Florida until the middle of the 11th Grade, but was transferred to Mainland High School in Daytona Beach to complete her senior year and graduate in 1960. She afterward attended Daytona Beach Junior College. Although Martha had known her husband Dean since the 8th Grade, she only began dating him after finishing high school. Three years after her high school graduation, the couple were wed on 1 June 1963, just before Dean received orders to move to Stacy, Carteret, NC. (Dean had been stationed in Swansboro, NC in 1963 and actually returned to Florida to take Martha as his bride! He always told her, “I went all the way back to Florida to get you!”) Their first of three children, Deborah, was deemed a ‘honeymoon baby’ as she was born just ten months later; their second child David was born almost two years after, and Becky was born five years after him. As a mother, Martha chose to remain at home and was very involved in her children’s lives and activities, from sewing for them, to being a room-mother, to helping with school projects, to attending dance recitals, sporting games, and baton parades, to being a Cub Scout den mom and going on camping trips with the family. She enjoyed hosting and decorating for her young children’s birthday and holiday parties. My mother always encouraged us to be honest and thankful and to do our best. Mother’s decision to remain at home for us meant less family income and the sacrifice of personal ambitions, but we were rich for it in those vital years. When her children entered high school, she returned to college and graduated with honors to become a medical transcriptionist. Deborah, who knows no Latin, recalls helping to quiz her on pronouncing, spelling, and defining all of the Latin terms! The college helped her land her first job at the old Hampton General Hospital for 3-1/2 years; later, she accepted a civil service job at the Fort Eustis Army Base Hospital where she made new friends and worked for 7 years. After Dean retired from the U. S. Coast Guard, Martha and he purchased a Molly Maid franchise in November of 1988 on the Peninsula and grew it from its inception to become one of the largest in the nation. Martha enjoyed the close, long-term bonds the couple formed with their many employees, and she cared about each one, treating them as extended family.

Dean and Martha had the pleasure of traveling together to Alaska, the Caribbean, the West Indies, European and Scandinavian countries, Australia, New Zealand, the Artic and Antartic, and twice to Africa (their trips to Africa were my Mother’s favorites, as she enjoyed seeing the animals and meeting the people there). Though Martha would admit that she didn’t inherit her father’s drawing ability, she did enjoy her poodles, sewing for the family, sewing and collecting dolls, cross-stitching pillows, framed pictures and verses, painting ceramics, reading biographies, working jigsaw puzzles with family members, growing houseplants, and baking. She had many strong talents and found ways to put each one of them to good use to touch the lives of others. She did. She loved creating homemade gifts from the heart.

Though well-acquainted with personal suffering, Martha made caring about the needs of others her focus to the very end. It hurts a lot to talk about my mother as a memory for now, but memories are her earthly remains. Her life was an inspiration to me, and a good example of how to live and die in grace. I will never forget. I hope to grow by the example she set, though her shoes feel a little big on me.

Martha’s radiant smile and inner glow always charmed a room. She had an appreciation for beauty and she spread it all around. Her kind-hearted nature touched most anyone she met, even those who didn’t know her personally.

Martha and her husband Dean have been longtime members of Grace Covenant Presbyterian Church in James City County. Martha will be sorely missed now by her family and by her fellow Grace Covenant Church members. She will also be well-remembered by her fellow members of the Faith in Action organization, by the Woman’s Club of Williamsburg that she was dedicated to for years, and by the elderly she so loved and spoke about, whom she drove to appointments and shops.

We love you, Mother, so much. We are very thankful for your life and for all that you meant to your family and friends. Although it is so painful to be separated from you now – Mother’s life was indeed precious to us – the pains and sorrows of this life are but a thin veil – nothing in comparison to the heavenly joys that are promised us as believers in God’s grace – when we shall see the Lord in all of His glory and splendor and meet again face to face. “No eye has seen, nor ear has heard, all that the Lord has prepared for them who love Him.”

Martha’s daughter Deborah began raising butterflies this year and will release one following her mother’s memorial service to remind us all of resurrection hope, as Martha agreed would be fitting. Mother, you are now fully free from the painful constraints of this life. Rest in heavenly peace, my beautiful, sweet Momma. You will always be dear in all of our hearts; we will cherish you forevermore. Your memory has made your family blessed. Your legacy lights a candle that is being passed down to latter generations through your grandchildren whom you loved so much.

*Please note: In lieu of flowers, the family asks that friends and extended family consider donating to Hospice House & Support Care of Williamsburg on Powhatan Parkway. Martha’s body was laid to peace at the Williamsburg Memorial Park in a private family service.

*Loved ones may visit the Bucktrout Funeral Home at their online website: www.Bucktroutfuneralhome.net to view a photo video and leave their expressions of condolences. The family sincerely thanks all who have given their love and support, and all of those who are able to attend Martha’s memorial service or view it virtually online. It is at times like these that God unites us closest.

Below is a  permanent link to Martha Mitchell’s memorial service.