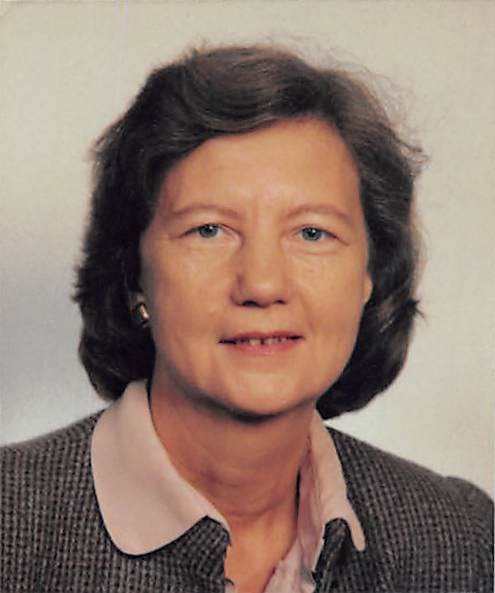 Marjorie Young Force departed from this life on July 22, 2017.  She was born in 1929 in Gambier, Ohio, to the Reverend Harry J. Young and Edna Moore Young.  She attended Ohio Wesleyan University and Kent State University, before becoming a stewardess for American Airlines.  In 1952, she married Frank Force in Ravenna, Ohio, and lived in several other states before moving to Williamsburg in 1967, where she lived the rest of her life.

She was an historic interpreter for the Colonial Williamsburg Foundation for 22 years.  She spent the next 22 years at Historic Jamestown, where she was a church guide for 15 years, and afterward served as a volunteer for the National Park Service.  In the early 1990s, she served as  Director of the former Colonial Capital Branch of the APVA (now Preservation Virginia).  She enjoyed music, film, history, and traveling abroad, especially to Great Britain.  She was a long-time member of the United Methodist Church, Preservation Virginia, and the National Trust for Historic Preservation.

She was preceded in death by her husband of 63 years, her parents, and her two brothers, William E. Young and Harry J. Young, Jr.  She is survived by her daughter Debra J. Force and son-in-law Gilles Morin of New York City, her son Greg Force and daughter-in-law Vicki of Spartanburg, SC, her grand-daughter Cameron Sabon and her husband Raymond of Grand Rapids, MI, and her grandson Coleman Force of Atlanta, GA.  Burial will be private and family will receive friends from 2:00 to 4:00 on Thursday, July 27, at the Williamsburg Landing Main Building.  Memorials may be sent to Preservation Virginia, 204 W. Franklin St., Richmond, VA, 23220-5012.