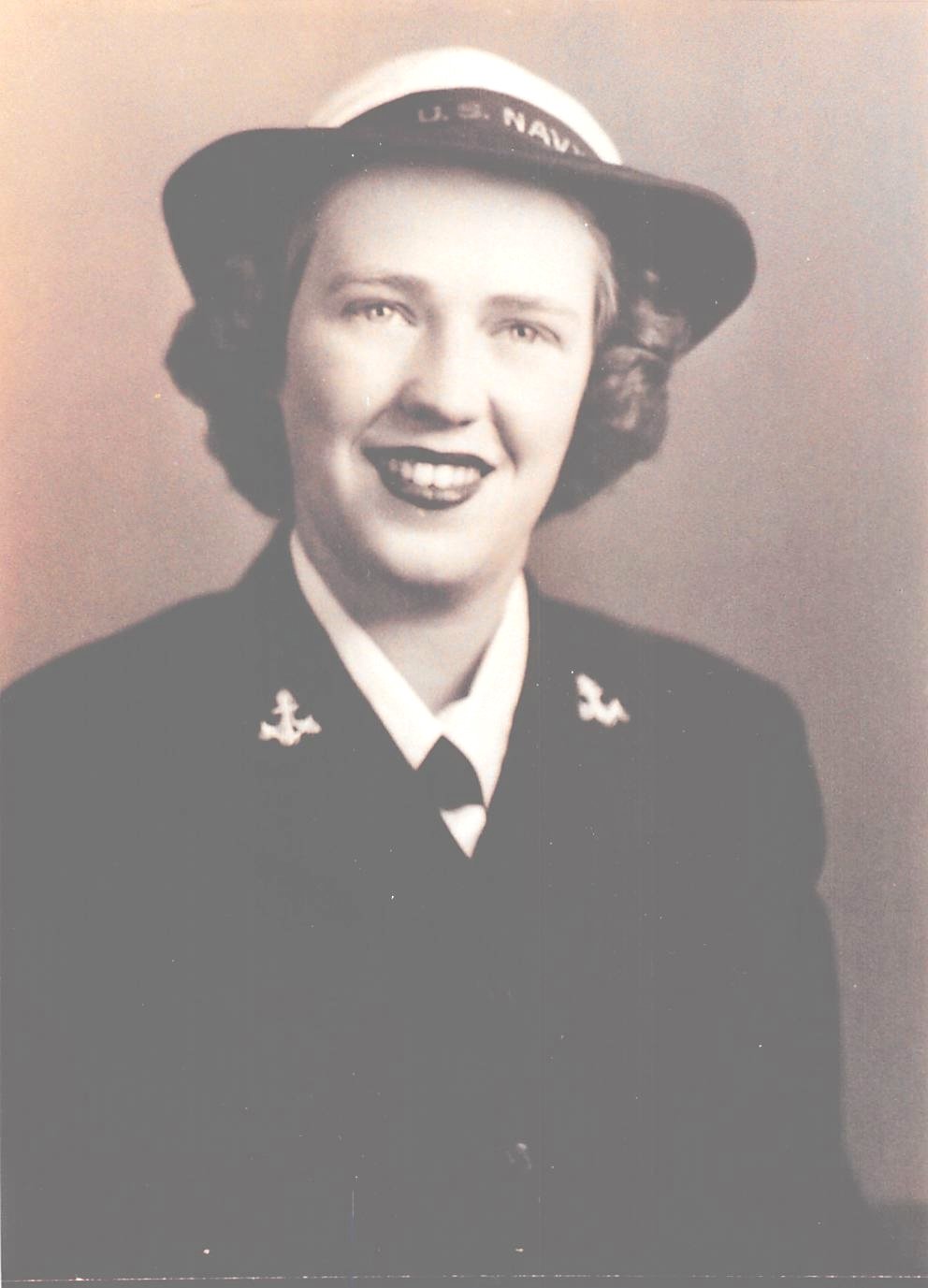 Marion Theresa Beckley, 93, of Williamsburg, died on Tuesday, August 23, 2016. She was born in Stamford, CT, to the late George and Marion Marx.  She was a radio operator in the Navy during World War II.  She served at the U.S. Naval Mine Depot, Yorktown, VA, where she met and married John Willard Beckley in 1944.  At the time of his death in 1997, they had been married for 52 years. Marion was known for her patriotism and for her pride in her Irish heritage.  She loved to travel, and enjoyed many trips to Hawaii with her husband. Marion was predeceased by her sister Margaret (Peggy) Wagner.  She is survived by her sister Dorothy Rieley of Santa Fe, NM, and her brother, George Marx, of Houston, TX, and by her four children: John Beckley, Jr. (Mary Ellen) of Yorktown, Louise Adams, Patty Leveille (Ron Wildermuth), and Robert Beckley (Anne), all of Williamsburg. She is also survived by three nieces, one nephew, seven grandchildren, and ten great-grandchildren. A funeral service will be held on Saturday, August 27, 2016 at 10am at Bucktrout Funeral Home, 4124 Ironbound Rd. Williamsburg, VA 23188. In lieu of flowers, memorial donations can be made to Paralyzed Veterans of America (PVA.org), a congressionally chartered veteran’s service organization founded in 1946.