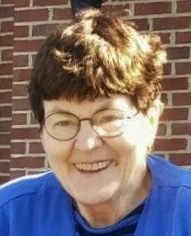 Marion Julianna Lontkowski , 79, passed away peacefully at Williamsburg Hospice House on Tuesday, October 17, 2017. She was born December 12, 1937 in New York City to Mary and Peter Deutsch. She attended the College of Mount St. Vincent in the Bronx, NY on a New York State Regent Scholarship, earning a bachelors degree in nursing in 1959. She helped many types of people, from newborns to psychiatric patients. She moved from New York to Philadelphia in 1959 when she married the love of her life, Anthony Sigmund Lontkowski. He preceded her in death in 1981. She then moved to Williamsburg, VA in 2006 to live near her daughters and grandchildren.

She was also preceded in death by her brother Peter Louis Deutsch. She is survived by her three daughters: Susan Marie Lontkowski and her husband David Hall Feldman of Williamsburg, VA, Christine Michelle Lontkowski of Williamsburg, VA, and Barbara Elaine Lontkowski of Yorktown, VA. She is also survived by her grandsons Anthony David Feldman and Aidan Nathaniel Feldman, her sister Rosalie Theresa Petermann, a great granddaughter Margaret Louise Mason Hamilton, many nieces and nephews, and their families.

She was a member of St. Bede’s Catholic Church, 3686 Ironbound Road, Williamsburg, VA 23188. She enjoyed her relationships with members of the church’s group Young at Heart. A memorial service will be held at St. Bede’s on Tuesday November 7th at 11 AM, followed immediately by a reception.

If you wish to make a donation to honor her memory, please contribute to Williamsburg Hospice House, 4445 Powhatan Parkway, Williamsburg, VA 23188.