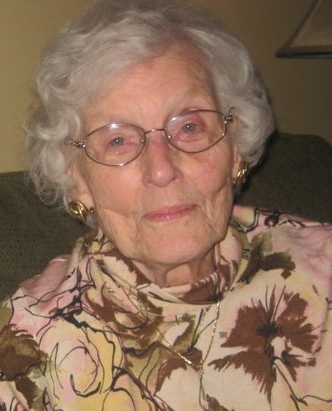 Williamsburg – Marguerite ìSidî Turner, beloved wife, mother and sister, died peacefully on January 19, 2015 at Woodhaven Hall in Williamsburg. Sid described her life as blessed, a feeling shared by her loving family who are grateful for her warmth, love, and grace. She was born January 7, 1923 to the late Eldon and Pauline Moberg. She grew up in Hampton, Virginia. Her marriage to Fitzhugh Lee Turner Jr. on November 7, 1942 marked the beginning of 62 happy years together. They were devoted to each other. Sid supported Fitzhugh during his World War II service and his long career with Monsanto. They raised five children. Sid and Fitzhugh retired to Williamsburg where they enjoyed many years together before Fitzhughís death in 2005. Sid was an active member of the Williamsburg Presbyterian Church. The P.E.O. recently recognized Sid for her fifty years of service and membership. She enjoyed being an avid bridge player and world traveler. Her happiest times were spent visiting with her many friends and family members. She took great pride and joy in her eight grandchildren and seven great-grandchildren. She is survived by daughter Joanne Keohane of Massachusetts, son Thomas Turner of Rhode Island and daughter Polly Becker of North Carolina. She was preceded in death by son Fitzhugh Lee Turner III and daughter Janet Tylick. Sid leaves behind her brothers Robert, Albert, and Paul Moberg.A memorial service will be held 10:00am Friday January 23, 2015 at Williamsburg Presbyterian Church. Memorial contributions can be made in Sidís name to the Williamsburg Presbyterian Church. On line condolences may be shared with the family at bucktroutfuneralhome.net.