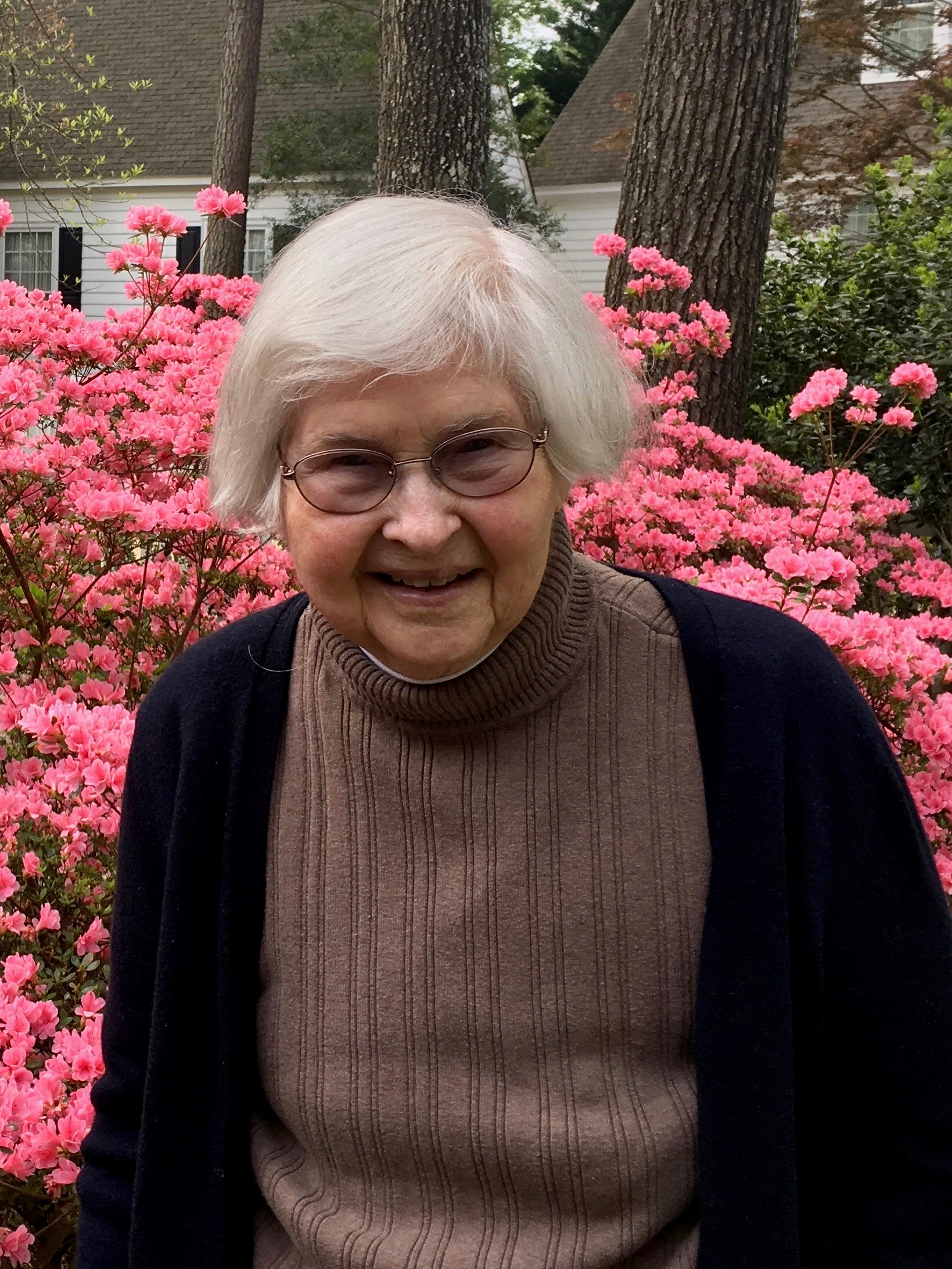 Margaret Caldwell Karb, age 86, died peacefully in her home in Williamsburg, VA on April 8, 2018.  Mrs. Karb was born November 17, 1931 in Camden, NJ to William Thomas Caldwell and Mary Rose (McGinness) Caldwell. She grew up in Moorestown, NJ. She graduated from the Moorestown Friends School in 1949 and Brown University in 1953 with a bachelor’s degree in History.  She married Alan Russell Karb in 1955 and raised their four children in Framingham and Southborough, Massachusetts and Cherry Hill, New Jersey. After raising her family, Mrs. Karb enjoyed working at Wellesley College for 10 years assisting in the science department and alumnae office. In 1998, the Karbs retired in Williamsburg, where Margaret was involved in Ford’s Colony activities (book club, bridge, and trail blazers), Christopher Wren classes, and gardening.  Mrs. Karb loved reading English literature and books on American history. Her passion was travelling. With her husband, she visited all 50 states and all the Canadian provinces as well as every continent except Antarctica. She loved spending her summers by the seashore in Lavallette, NJ in her youth and later with her children and grandchildren at their home in Rockport, MA. She is survived by her husband, Alan, and her four children, Joanna (Thomas) Heim of Westborough, MA, Julie (Scott) Carpenter of Lakewood, CO, A. Thomas Karb of Wells, ME, and James Karb (Ismael Padua) of Astoria, NY as well as her siblings, Mary Rose (David) Schlatter and William (Betty Ann) Caldwell, both of Williamsburg, VA.  Mrs. Karb had six grandchildren, Russell Heim, Jeffrey (Anieli) Heim, Gayle Heim, Emily Carpenter, Jennifer Carpenter, and Sarah (William) Ryszkowski. No public services are being planned. Donations in her memory can be made to the Union of Concerned Scientists or the American Cancer Society.