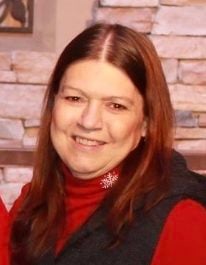 Margaret Ann McAllister, of Williamsburg, Virginia, passed away May 29, 2020. She was born in Williamsburg, Virginia on July 21, 1958 at Bell Hospital, and was a Williamsburg native for 54 years. She spent most of her childhood in Williamsburg, but also lived in Columbus, Ohio for seven years. Margaret attended West High School in Columbus, Ohio, and then graduated from Bruton High School in Williamsburg, Virginia in 1977. Margaret was employed with Williamsburg Merchants for twenty-seven years. She worked with the company from 1977 until 2004. During her time spent with the company, she worked in retail merchandizing and held various management positions, including manager of The Christmas Shop on Duke of Gloucester Street. After leaving the company in 2004, she then worked within multiple retail companies until 2009. Margaret was an avid reader, enjoyed playing games, watching movies and hit television series, spending quality time with friends and family, and most of all, spending an abundance of time with her two grandchildren. Margaret is survived by her mother, Paula Ann McAllister, her father, William McAllister, her son Kyle McAllister (Kristen), her brother, Michael McAllister (Tami), her sister, Joy Dunfee (Dave). She is also survived by her two grandchildren, Emma and Wesley McAllister, two nieces, Lauren McAllister and Angela Richardson, three nephews, Matthew and Jacob Dunfee and Ryan McAllister, as well as extended family members that include Kay Shook, David Shook (Lisa), Donna Seay (Richard), and Mary Iversen. A memorial service will be held at Williamsburg Memorial Park, Saturday June 6th, at 11:00am. Due to COVID-19, we ask everyone to please practice responsible social distancing during the memorial service. A celebration of life for Margaret will be held at a later date. Margaret was a devoted daughter, sister, aunt, mother, grandmother and a loving friend to all. In lieu of flowers, the family suggests donations be directed to St. Jude’s Children’s Hospital. Online condolences may be offered to the family at bucktroutfuneralhome.net.