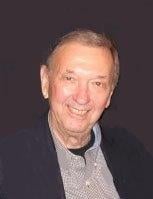 On January 19, Stan Gorrell, age 85, passed away with his wife Frankie by his side after a brave battle with cancer. In addition to being a true gentleman, Stan’s life was best characterized by his sense of responsibility for his country, his civic duty, and his care and concern for the people in his life.

In a military periodical, Stan described himself as follows: “Stan Gorrell, a Texas native and Distinguished Military Graduate of St. Mary’s University in San Antonio was commissioned in the Field Artillery in 1957. His assignments include Command and Staff postings at Forts Sill, Benning, Hood, Leavenworth, San Houston and Polk; Germany (2), Vietnam, South Korea, and Iran.  His most interesting assignments included a tour with a USA element MAAG in Iran; Commander of a US Advisory Team (security & pacification) attached to a Special Operations team with the US Mil Assistance Command in Vietnam; and Team Chief of a USAREUR Pershing Operational Test Unit team, developing Pershing 1A system doctrine for transitioning, training, and NATO testing of personnel and equipment assigned to Pershing Missile units stationed in the US and Europe.  Since retirement, he has received an MBA; owned a commercial real estate business; and more recently, served on the James City County Electoral Board for 10 years (chairman five years/secretary five years).  Stan and his bride Frankie live in Williamsburg and together have 7 children and 10 grandchildren nestled in communities spread from Australia to the San Francisco Bay Area to Virginia and Texas.”

Stan attended St. Michael’s  and Central Catholic HS in San Antonio where he earned one of San Antonio Express/News’ “All Around Athlete of the Year Awards.” He cherished the close ties he maintained with high school classmates and the guys from Rho Delta through the years.

In 1947, at middle school dances and parties, Stan first met his future bride, a young girl named Frankie Migl, who taught him to “jitter bug”. She never forgot her crush on the young jock.  They had no further contact for 38 years until they bumped into each other at a fundraiser in San Antonio.  Small talk led to a dance and they were engaged 10 days later. Their marriage of love, friendship, mutual interests, and yes – dancing – spanned 36 years. They loved to travel – especially visiting their children and grandchildren scattered across the US to Australia and with Frankie’s relatives in the Czech Republic.

Memorial Services will be held in the Virginia Peninsula area and San Antonio TX at later dates.  A Funeral Mass and Burial are pending at Arlington National Cemetery. Memorial Donations can be made to the  VIPMOAA Chapter JROTC/ROTC Scholarship program at VIPMOAA CS/SF Mgr, Box 6463, Williamsburg VA 23188 or a Cancer research program of your choice.