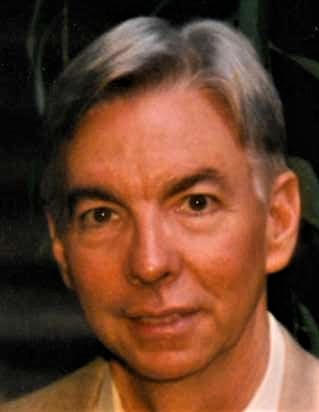 Lowrey McNeel passed away on December 21, 2020; beloved husband of Carole Burroughs McNeel for over 50 years.

Lowrey was born in Atlanta, Georgia on November 8, 1940, to the late Martha Lowrey and Harry Louis McNeel.

Lowrey was an honor graduate at the University of South Carolina in Mechanical Engineering where he held several significant awards.  Among other honors was membership the Blue Key, a prestigious achievement for leadership and academia, as well as membership in the ACME for honors in engineering.  He was Commander of the Drum and Bugle Corp while in ROTC.  As a member and treasurer of Sigma Nu National Fraternity he made friendships which lasted throughout his lifetime.

After graduation he was sent to Guam for military training, and was among the first to be deployed to Vietnam with the Marines, who he greatly admired.  He was awarded multiple medals of distinction as a proud SEABEE, with plans to remain in the Navy reserve until full retirement as a Commander.

Later at the University of South Carolina Lowrey earned his MBA.  As a graduate at the top of his class he was employed by IBM, and selected to attend the IBM school in Poughkeepsie, New York, where he was elected class president.  After completing IBM school he was off to Atlanta, Georgia, where he met and married Carole.

Lowrey’s interests turned to commercial real estate where he worked in both REIT banking, and later in acquisitions for a large insurance company.

Lowrey’s hobbies were many and diverse:  Long distance cycling; and earning a private pilot license, plus commercial and instrument ratings; and photography were among his favorites.  Later in life a favorite hobby became researching family genealogy.  His memberships in the Sons of the American Revolution, National Society of Colonial Warriors, and Sons of Revolution were very important to him.  He spent hundreds of volunteer hours working on genealogy for others, receiving recognition for helping many with their research.

Carole and Lowrey together enjoyed hiking in the USA and abroad.  They also enjoyed traveling to foreign campuses for cultural study.  Lowrey shared Carole’s love of classical music, whether being local or abroad, which included jazz and chamber music from all over the world.

Lowrey will be sorely missed by all who knew him.  Carole hears over and over, “He was truly one of a kind with lasting impact”.  To know Lowrey was to know his love of life and people.  One dear friend wrote of Lowrey: “The unvarnished truth is that Lowrey is the real deal, nothing pretentious or phony.  He was friend to many and stranger to none. To know the joy of life as he lived it—a truly unique human being.”

H. Lowrey McNeel was laid to rest on December 29, 2020, at Forest Lawn Cemetery in Norfolk, Virginia, with military honors.