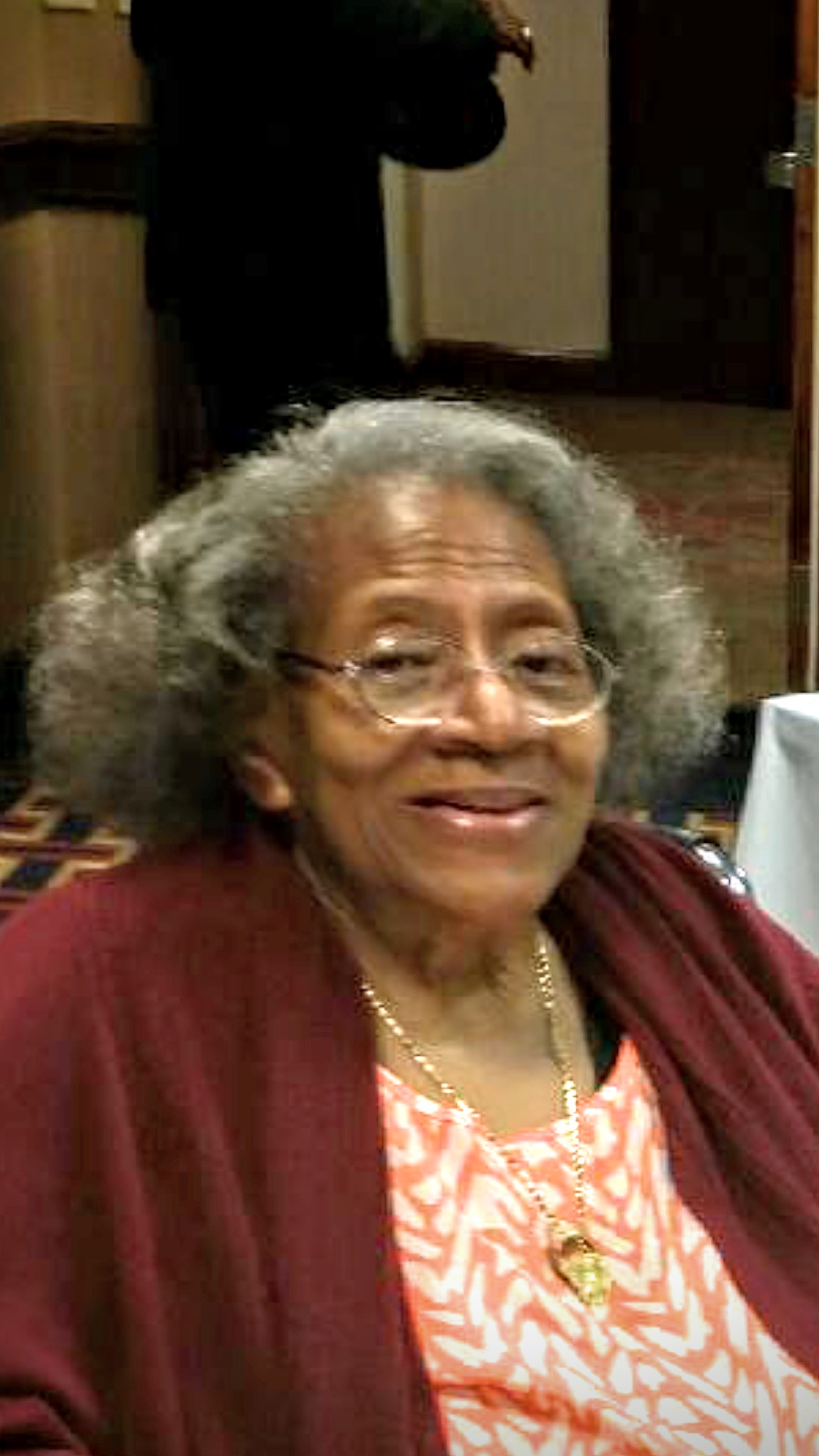 Louisa E. Brandveen was born on April 15, 1925, in New York, New York to Ralph J. Topping and Vera Marie Nelson. She was their third child; her sisters Beatrice and Ernestine preceded her in death.
– Louisa resided with her parents in the City of New York where she attended elementary and high school. She graduated from Needle and Trade High School in the City of New York, now Fashion Institute of Technology.  She met Antonius A. Brandveen, a Merchant Marine and United States Coast Guard World War II veteran in 1945.  They married on January 5, 1946, and to that union three sons were born Antonio, Roberto and Reginal. Her beloved husband preceded her in death on August 16, 2010, at 87 years of age.  It was the only time they parted from their 64 year honeymoon.
– Louisa was active in many organizations in her local communities.  Louisa always sought God by her faith, hope and love.  As a devout Catholic, she loved receiving the sacraments, praying to God and enjoying the company of others.
– Louisa was a very friendly intelligent woman who loved her family and friends. She was wife to her husband of 64 years, mother to her three young men, Ome to her grandchildren and great grandchilden and liked sewing, traveling and teaching.  In the 1970’s, Louisa turned her attention to higher education, and pursued her life-long dream to become an educator.  She graduated from Brooklyn College of the City University of New York, and fulfilled her dream by teaching in public schools in Brooklyn and Staten Island. Louisa moved from the South Bronx to the Harlem projects with her husband and young son in 1947. Louisa and her husband left their Harlem apartment in 1974, they  moved to Brooklyn, subsequently to Alexandria, Virginia and then to Williamsburg, Virginia. Louisa leaves to cherish her memory:  her sons Antonio, Roberto and Reggie, her daughter in law Charlene, Antonio’s wife, her grandchildren Sean, Ashley, Bianca and her husband Vaughan Crest, Andrea and her husband James Lankford, Andrew, Danielle, Alexius, Kristina, three great grandchildren Annelise Renee, Victoria Grace and Zoey Harper, goddaughter Ruth Walters, cousins, nieces and nephews, her extended family in the United States, the Netherlands, Europe and Suriname, S.A., including but not limited to the Wrights, Nelsons and Royals and a host of close friends. The family will receive friends on Wednesday, November 2, 2016 from 6 pm-8 pm at Bucktrout Funeral Home, 4124 Ironbound Rd. Williamsburg, VA 23188. A funeral mass will be held on Thursday, November 3, 2016 at 11 am at Saint Bede Catholic Church, 3686 Ironbound Rd. Williamsburg, VA 23188. Interment is private. Online condolences may be shared at bucktroutfuneralhome.net