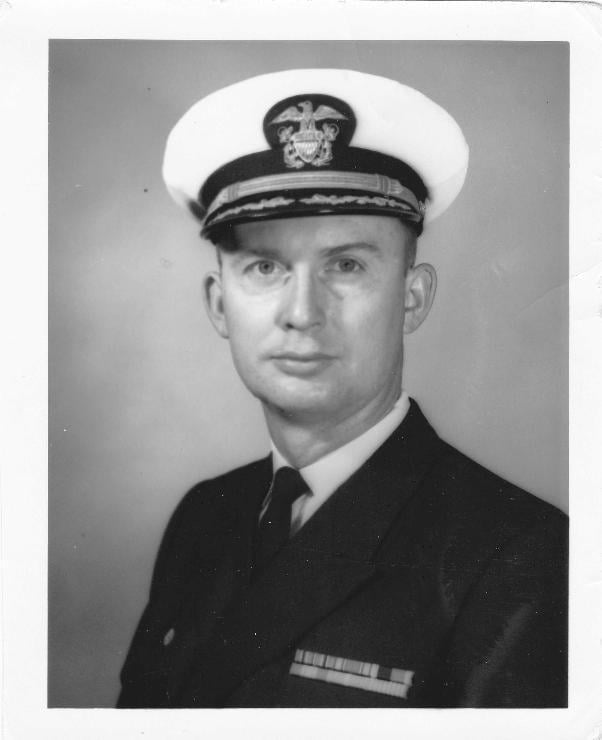 He was born on March 27, 1923 (Topeka, KS) to Louis John Junod and Mary Frances Downs Junod. He graduated from the United States Naval Academy in Annapolis, MD (Class of 1946) with a Bachelor of Science and also earned a Master of Science (Massachusetts Institute of Technology 1953) and a Master of Arts Degree in Education (College of William and Mary 1985).

In the course of his United States Navy career, he served on the USS MISSISSIPPI (BB-41), USS AMMEN (DD-527), USS VESOLE (DDR-878), USS DES MOINES (CA-134), was Commanding Officer of the USS GYATT (DD-712) and US Naval Liaison Officer to MIT Instrumentation Laboratory where the A-3 Polaris Missile guidance system was developed.

Following retirement from the Navy in 1967, he worked at the Charles Stark Draper Laboratory, Inc. (CSDL) in Cambridge, MA. Activity at the Lab included projects in missile guidance and deep submergence instrumentation and simulation.

Louis and his wife Bernice retired to Williamsburg, VA in 1981 and subsequently moved to the Williamsburg Landing, a continuing care retirement community, in 2004. Spending his youth in Chanute, KS, he became an Eagle Scout, began a life-long enjoyment of music and played coronet. He was an active community volunteer, member of the Williamsburg United Methodist Church, Williamsburg Chapter of SCORE, Kiwanis Club of Williamsburg, and Past Master of the Richard C. Maclaurin Masonic Lodge, AF & AM in Cambridge, MA.

In lieu of flowers, the family requests that memorial contributions be made to the American Cancer Society, Williamsburg United Methodist Church or other charity of choice.