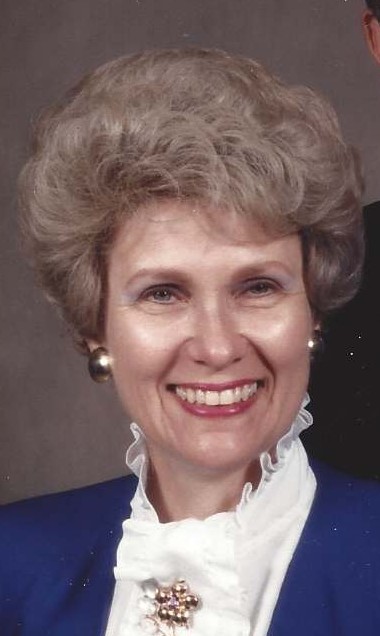 Linda was born in East St. Louis, MO and attended East St. Louis High School.  Upon graduation from high school she was awarded a 4-year scholarship to the State University of her choice.  She put the scholarship on hold to attend Asbury Collage, a private Methodist institution in Wilmore, KY, where she met her first husband, Robert Pappas.  She continued her education while her husband served in Vietnam, graduating with both a Bachelors and Master’s degrees from Southern Illinois University where she served as an Adjunct Professor.

As a Principal with Hay Associates in the 1970s she guided both military and civil service compensation research projects within the Department of Defense.  Later at General Research Corporation she served as a Department Head directing large multiyear compensation research projects for the United States Navy, and as a Presidential Appointee serving as the Associate Director of President Jimmy Carter’s Commission on Military Compensation from 1977-1978.

In 1981 Linda married the love of her life, United States Naval Captain Thomas M. Hale, working side-by-side and supporting his career in both the Navy and as a Senior Vice President at the RCI corporation until his retirement after 22 years.

Linda received a second Master’s degree in Conflict Resolution from George Mason University in the mid-1980s and founded and built The Institute for Conflict Management in Fairfax, VA. During this time she was also a long-time member of the Board of Advisors for the George Mason School for Conflict Analysis and Resolution before retiring in 1995.

Linda was proceeded in death by her loving parents Cecelia and Joseph Soffranko, and grandson Mathew Thomas Hale.  She is survived by her loving husband of 38 years, Captain Thomas M. Hale, USN(Ret), Step-children, Rodney Hale (Trish) of Dallas, TX, Kenneth Hale of Virginia Beach, VA, Timothy Hale (Ruth) of Radford, VA, and Marilee Hale Peterson of Chesapeake, VA, as well as many grandchildren and great grandchildren, cousins Pam Murian of Lexington, KY and Dick Murian of Scottsdale, AZ. Linda and Tom were life-long members of the United Methodist Church and retired in 2016 to the Methodist-owned WindsorMeade Continuing Care Community in Williamsburg, VA.

An interment service will be held at a future date at Arlington National Cemetery.