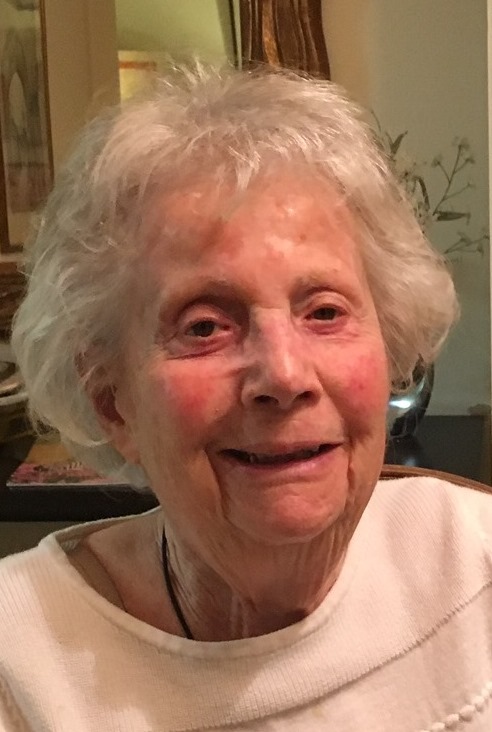 Lillian (Lil) Weinrib Lieverman of Williamsburg, VA, 90, died on October 31 from complications of a stroke. Lil was born in 1926 in New York City, the last of four children to Edward and Stella Weinrib.  After high school, Lil attended Ohio State University, graduating in 1946.  She was a member of the Sigma Delta Tau sorority.  In 1947, she married Arthur (Art) Lieverman, an OSU graduate just home from the war.  They moved to Hampton so that Art could buy and run a small paint manufacturing plant.   Lil was very active in the political, Jewish, and Hampton Roads community.  She joined Hadassah, the Jewish women’s service organization, eventually rising to become the president of the Southern Seaboard Region in the 1960s.  She was active in the League of Women Voters and also helped raise money to buy books for the library at the new Brandeis University near Boston.  She was a very active and involved member of B’nai Israel Synagogue in Hampton.  Among her many accomplishments, she taught Kindergarten, Sunday School, and was a Den Mother for her son’s Cub Scout troop.

Lil comes from a long line of political activism.  She got her first dose as a child when her family would sit around the dining table and sing political songs of the day. Later on in life, distressed by the conduct of the Vietnam War, Lil helped form the Peninsula Peace Group.  In 1972, Lil attended the Democratic National Convention in Miami Beach to nominate Senator George McGovern for President.  She continued to support and be active in every local and national political election and issue for the rest of her life.  Everyone that knew her, knew where she stood on all the issues of the day.  We know she would be sad to be missing the end of this political season.  Suffice it to say, Rachel Maddow was a “good friend” of Lil’s. After being divorced in 1979, Lil, at 53, embarked on a new phase of her life by attending Norfolk State College and earning a Masters of Social Work in 1979.  After obtaining her LCSW, she then became a psychotherapist in private practice at the Family Living Institute in Williamsburg.  She had a long and rewarding career for over 30 years, retiring at age 85.

Lil’s life was enriched by many great travels with family and friends.  Her last big trip was to Europe with her beloved and special granddaughter, Dana, for a memorable trip together.

Lil loved living in Kingsmill, her back yard facing the golf course.  She enjoyed playing tennis and golf, even twice scoring a hole-in-one at the course in 1980 and 1985.  One of her biggest joys and moneymaker was her 25 cent winnings with her weekly bridge group. Even though Lil had so many accomplishments throughout her life, her greatest love was her family.  Starting with her parents and four siblings growing up in New York, her children and grandchild, to her many nieces and nephews, she stayed in touch with all.  She is remembered for her generosity of spirit.  Anyone she touched felt loved and valued. Despite a series of falls over the last 9 years, she did not slow down.  She continued her busy and full life with lunch with friends, family, bridge, theatre, the symphony, and of course, dinner at Le Yaca.  She watched the political news every day and compulsively read books about history and politics.

A memorial service will be held Friday, November 4, 2016 at 11 am  Bucktrout Funeral Home, 4124 Ironbound Rd. Williamsburg, VA 23188. Interment is private. In lieu of flowers, the family is requesting donations to the Weinrib Fund of the Philadelphia Foundation, 1234 Market Street, Philadelphia, PA 19107. Online condolences may be shared at bucktroutfuneralhome.net