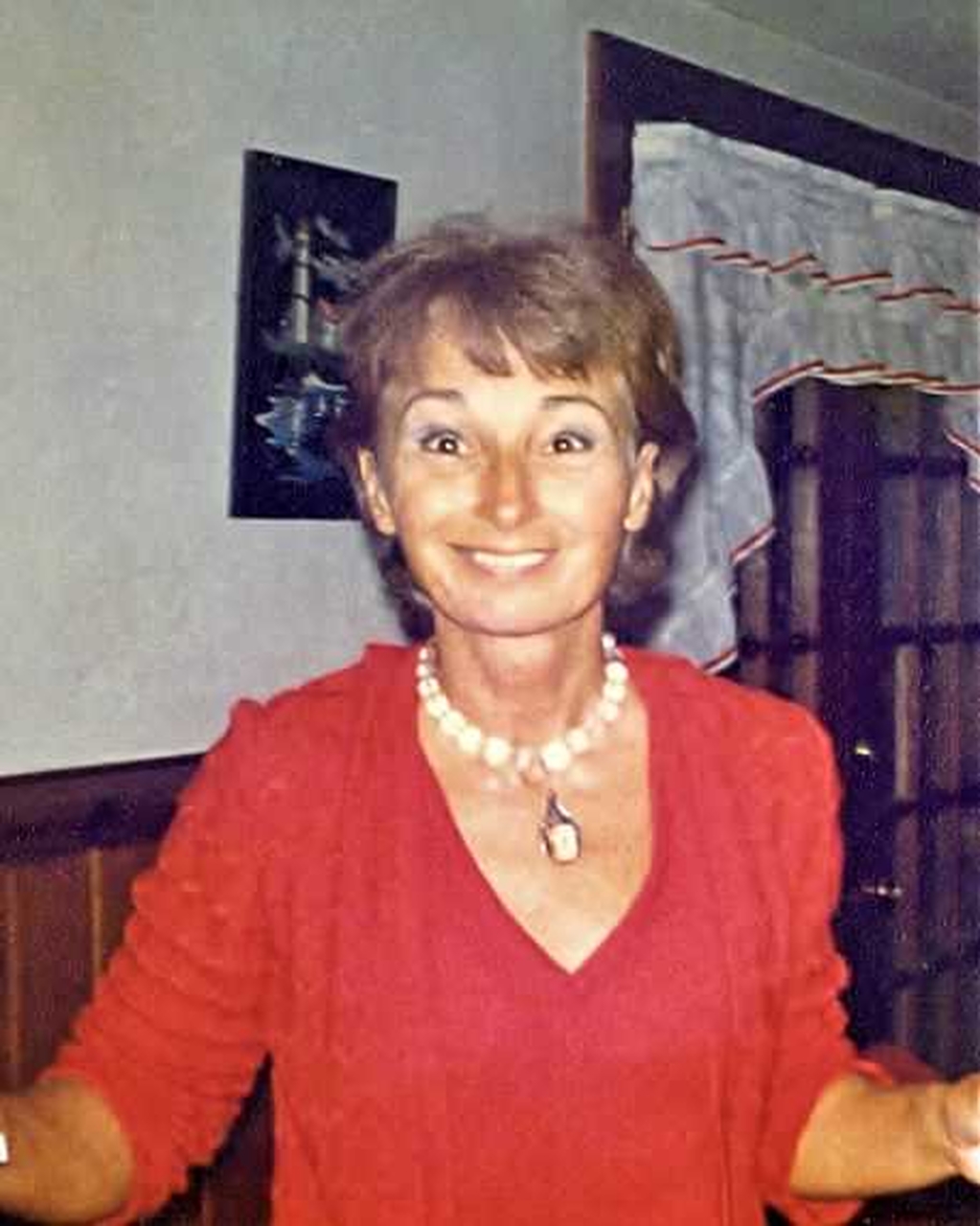 Leota Ruth Brown West passed away Jan. 22, 2022, in Williamsburg, Virginia. She was born June 9, 1927, in Salix, Pennsylvania to the late Reverend James Good Brown and Mary Frances Curry Brown.
Leota is survived by her three sons: John Eric (Eric) Davidson and his wife Pam of Greensboro, North Carolina; Richard Earle (Rick) Davidson and his wife Joanne of Lewisville, North Carolina; and John James (Jim) Davidson. She also leaves behind her grandchildren Valerie (Val) Porush Hoffman, Hunter Glen Davidson, William Cushman Dickerson, Robert (Robbie) Stephen Dickerson, and Joseph Andrew Dickerson, as well as a number of beloved nieces and nephews.
Leota spent the later part of life in the Williamsburg Landing retirement community with Thomas LeRoy (Lee) West Jr., her second husband and love of her life. She always referred to Lee as her “knight in shining armor,” and to their love for each other as “gifts.”
Leota and her parents lived in Lee, Massachusetts, then settled in Ansonia, Connecticut, where her father and mother served in churches. She was the middle of three sisters, between Winona and Juanita. The name “Leota” means “beautiful blue flower.” She was an active girl who enjoyed climbing trees. In fact, her mother often gently chided her for “spending more time upside-down than right-side-up.”
She earned a degree in French from Allegheny College in northwest Pennsylvania and shortly after WWII she spent time in France. After her return to Connecticut, she met her first husband, John Richard (Jack) Davidson and they married in 1952. Jack and Leota moved to Hampton, Virginia, where Jack worked as a NASA engineer and Leota took pride working in education as an elementary school teacher.
They started their family in Hampton and Newport News, Virginia. In 1965 they built a home in the Queens Lake Community near Colonial Williamsburg, where they raised their family.
Leota had a sharp, inquisitive mind and had an artistic sense of the world. She loved music, she loved to dance, to dance around the kitchen, she loved to sing around the house, and she wrote beautiful poetry, sometimes just scribbled on a piece of paper left as a gift for whoever happened upon it. She had an uncanny ability with games, especially cards. She enjoyed bridge with friends and played games often with her children. Leota spent much of her time and energy with her children, helping prepare them for the world. She loved to visit her sisters and their families, and not having daughters, formed a bond with her nieces.
Leota loved to laugh and had a kooky sense of humor, which was a hallmark of her personality. She loved nature and loved staying active and taking long walks. Leota and Jack had a passion for boats and often spent long weekends with friends on the York River and Chesapeake Bay.
Leota was a docent in Colonial Williamsburg, where she loved talking to visitors and sharing the area’s history. Years later in the 80’s, both single, Leota and Lee West reconnected. They had been friends in Queens Lake, although Leota had moved to Matthews, Virginia. Like kids they fell for each other with a youthful exuberance, which lasted the rest of their lives. They married and lived their life together to its fullest, with visible affection and admiration for each other. They moved back to the Williamsburg area to the Williamsburg Landing retirement community, where they enjoyed their years together.
Leota survived Lee West in 2013 and remained at the Landing. She continued to have a profound effect on those around her to her final days, bringing joy with her smile, her quirky sense of humor, and a strong will to stay positive and enjoy life. Her family wishes to express deep gratitude to the caregivers and employees at the Landing who in turn gave so much of themselves to provide a final home for Leota with an abundance of love.
In lieu of flowers, the family suggests gifts to Williamsburg Landing to support employee education. Contact Sally Wolfe, 5700 Williamsburg Landing Drive, Williamsburg, Virginia 23185, or go to www.williamsburglanding.org/giving.