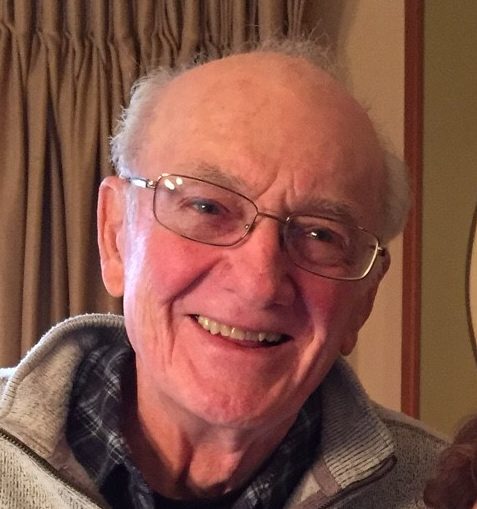 Leonard G. Schifrin, known as Len, of Williamsburg, VA died peacefully at home on February 4, 2021. He was born in Monticello, NY on December 18, 1932. His late parents were Isidore and Sophie Diamond Schifrin, both of whom had come to America as youngsters with their respective families. Len never forgot that he was the son of immigrants, a first-generation American, ever grateful to this country.

He attended primary school in Monticello, and graduated from Erasmus Hall High School in Brooklyn in 1950. He subsequently attended the University of Texas, receiving his bachelor’s degree in Economics in 1954 and, after service with the First Armored Division of the United States Army during the Korean Conflict, returned to UT for his Master’s in 1958. Continuing his education, he earned his Ph.D. in Economics at the University of Michigan in 1964. He taught as a graduate student at Texas and Michigan, and his full-time teaching career included Michigan, Yale University, and The College of William and Mary. He retired from William and Mary as Chancellor Professor of Economics, Emeritus, in 1998 after 33 years of service. In his career he was one of the early economists to specialize in health care economics and policy, before they were recognized as specialties within the profession. Research and teaching in medical schools at home and abroad constituted a significant element of his career. He was National Science Foundation Visiting Scholar at Stanford University Medical Center; twice Visiting Professor of Community Medicine at The University of Bristol, England; and, for twelve years, Clinical Professor of Preventive Medicine at the Medical College of Virginia, now VCU, in Richmond. Len also taught at the University of Adelaide, Australia, in a program supported by the U.S. Department of State, celebrating Australia’s bicentenary year. He published extensively, gave papers and chaired sessions at many conferences on economics and on health care, lectured at various medical schools, served Secretary Joseph Califano in the Department of Health and Human Services as a member of  the Pharmaceutical Review Advisory Committee, was a consultant on Medicare and Medicaid to the Social Security Administration, served on the editorial boards of four professional journals, undertook much contract research, and was a consultant and expert witness in almost sixty legal cases, representing plaintiffs ranging from private citizens to the Federal Government and various state governments.  In the area of studies known as “Societal Costs of Illness” his published research on “The Societal Impacts of Motor Vehicle Accidents When Alcohol is a Factor,” presented in hearings in the U.S. Senate, became a significant part of the basis for increasing the legal drinking age across the country. These changes are currently estimated to save many hundreds of lives each year. This was an accomplishment that he particularly valued. In total, he testified five times at various House of Representatives, Senate, and Joint Congressional Committee Hearings, always at their request.  Despite these and other outside activities, most of all he loved teaching at all levels. Known to be “firm but fair,” he was very dedicated to his students, and was twice honored at William and Mary as a distinguished teacher.

He loved his family deeply and enjoyed being a part of the wonderful, large, Jewish families of his parents with seemingly innumerable cousins, aunts, and uncles. He loved his country for its freedom and opportunity and the University of Texas for its unfailing generosity of spirit and resources toward him. He was a lifelong fan of the game of baseball and greatly enjoyed talking about it with his baseball buddies. He loved playing golf, fishing, watching soccer at all levels, listening to all kinds of music ranging from opera to country and western, and spending time with his many friends home and abroad.  He was known for his wonderful storytelling abilities and his witty sense of humor.

A Celebration of Life will be held when it is safe to do so. In lieu of flowers, memorial gifts may be sent to St. Jude’s Children’s Research Hospital. Online condolences may be offered to the family at bucktroutfuneralhome.net.