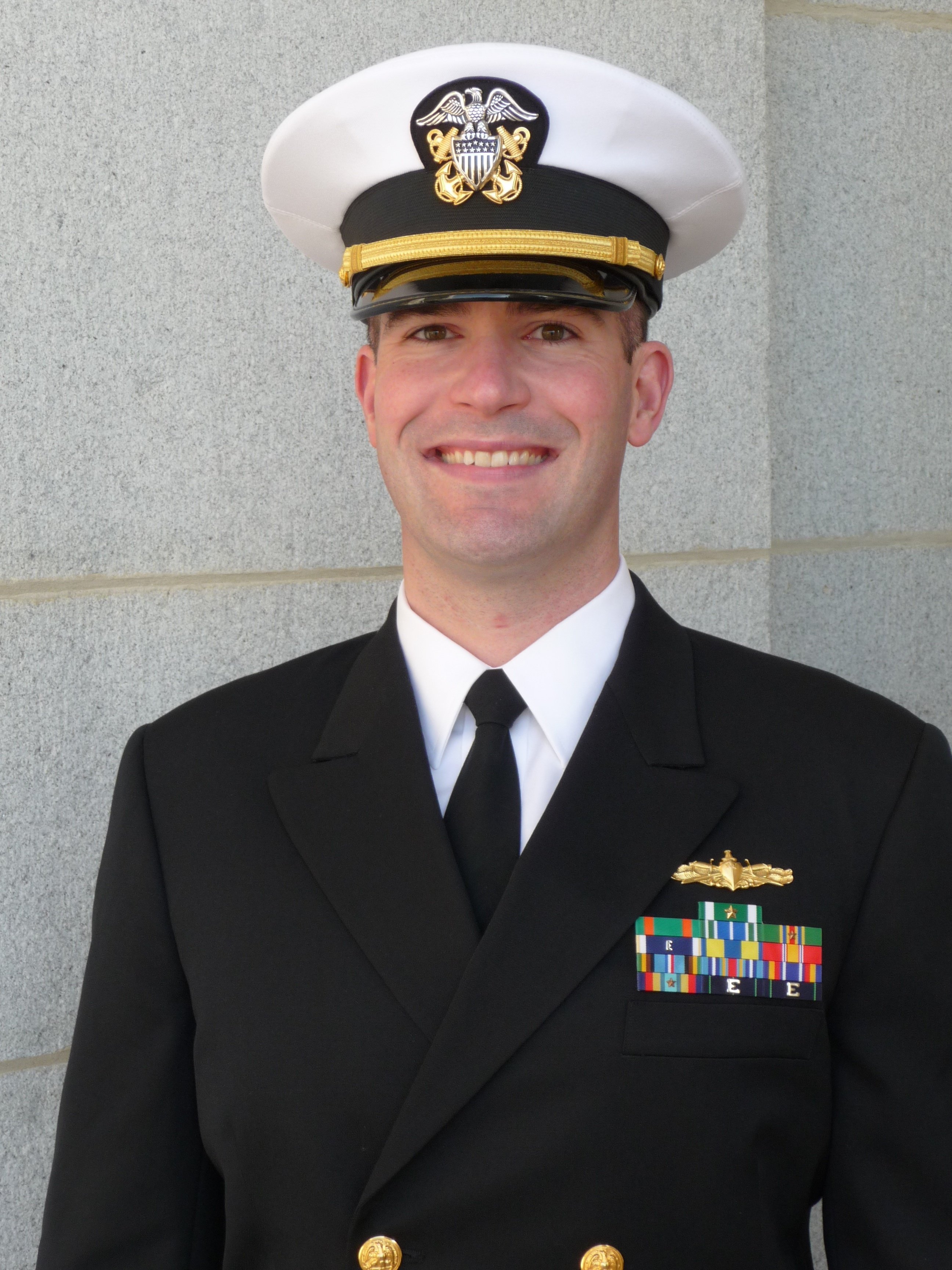 LCDR John McAdams Baker of Norfolk, Va., died of brain cancer Aug. 28 at the home of his mother and stepfather Barbara and Jack Brown in Williamsburg, Va. He was born Aug. 20, 1977 in Santiago, Chile. He graduated with honors from Thomas Worthington High School in Worthington, Ohio, in 1996. He received an appointment to the United States Naval Academy, where he earned a bachelorís degree in history and was commissioned as an ensign in 2000. John stood out as a member of 16th company and earned a letter in club lacrosse. He earned the Rear Admiral Robert W. McNitt award, recognizing the most well-rounded and capable senior midshipmen in the sailing program. Criteria for the award include skill in navigation, seamanship and leadership. He earned a masterís degree in operations research from the Naval Postgraduate School in Monterey, Calif., in 2007.

John excelled as a Surface Warfare officer whose naval career included the maiden deployment in USS Donald Cook (DDG 75) as electrical officer, three deployments in USS Kearsarge (LHD 3) as weapons officer, and one deployment in USS Shoup (DDG 86) as chief engineer. During Johnís tour as chief engineer, USS Shoup earned its first Engineering Excellence Award. His final department head tour was as the training and readiness officer for Destroyer Squadron 15 in Yokosuka, Japan. In each of his assignments, John was a leader among leaders and inspired his subordinates, peers and seniors. The Navy recognized Johnís tactical acumen and inspirational example by awarding him the Navy Marine Corps Achievement Medal, two Navy Marine Corps Commendation Medals, two Sea Service Deployment Ribbons and the Army Achievement Medal.

John was an Eagle Scout with three silver palms and a Vigil Honor member of the Order of the Arrow. As a scout, he made two treks to the Philmont Scout Ranch and trips to the Florida Sea Base and Tinnerman Wilderness Canoe base in Ontario.

Besides his mother and stepfather, John is survived by his sister, Joan Baker, of Brooklyn, N.Y., his father, Hal Baker, of Seymour, Ind., his godparents Jorge and Cecilia Jarry of Santiago, Chile, eight uncles, seven aunts, 10 cousins, a stepsister and stepbrother and hundreds of shipmates and friends around the world.