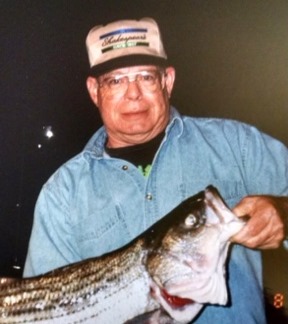 Laurance Ensor Smith, Jr.,  went home to be with the Lord on November 29, 2016, while in the presence of his family.  Born in Wilmington, Delaware on April 23, 1943 to Laurance E. Smith, Sr. and Blanche (Matthews) Smith of Claymont.

He is survived by his wife of 52 years of marriage, Bonnie L. (Edwards) Smith; his son Steven L. Smith of Wilmington, DE; his daughter Amy L. Kovac (Kevin) of Newport News, VA; and his granddaughter, Madison G. Kovac.  He is also survived by his sisters Janet Macricostas (Michael), Carolyn Joyce (Edward), and sister in law Annelizabeth Smith, all of Sussex County, DE.  Larry is also survived by many nieces and nephews who loved him greatly.  He was preceded in death by his parents and brothers Eric and William Smith.

Larry lived a full life while here on Earth.  If you knew him you would  remember him.  As a young man, you would have often found Larry helping others, whether it was helping to build the Claymont Firehouse or called out of class to fix the school superintendent’s car.  He was very mechanical and liked to work on both cars and boats throughout his life.

Larry’s early career started with the Pennsylvania Railroad with an electrical apprenticeship.  He then went on to become an Industrial Electrician and Shift Leader at Scott Paper Co., Chester, Pa. Later in his career, he had opportunities at Fisher Tank Co., the  W.L. Gore Co. and ended his working career as an OSHA inspector for Wyeth Pharmaceuticals.

Throughout Larry’s life he had many opportunities to explore his different interests from restoring his drag racing car, a ’68 Chevy Nova to race at the drag strip every weekend, to traveling to Uruguay on a missionary trip (with many ups and downs) in the late 70’s, to camping every holiday with family and friends, or just fishing with his son and father-in-law.  Larry was a true example of how full life could be if you just reach out and embrace it.

Another highlight of Larry’s life was the work and leadership he shared with the Coast Guard Auxiliary in Maryland for 15 years.  He was very proud that he was able to support his community and friends in Delaware, Maryland, and finally, Virginia.

If you were to ask Larry what he was most proud of he would have said his granddaughter.  She was the light of his life.  If you asked anyone who knew him they would always have a story to share.  Larry was character and a very unique man.  He will be truly missed.

Services will be held at Bruton Parish Church in Colonial Williamsburg on Saturday, December 10, 2016 at 11:30 AM with burial in the churchyard to follow.  Memorial donations may be made to Habitat Homes for Heroes of Hampton Roads and Williamsburg. Flowers and cards are welcome at Bucktrout Funeral Home of Williamsburg at 4124 Ironbound Rd, Williamsburg, VA 23188.  Online condolences may be shared at bucktroutfuneralhome.net.