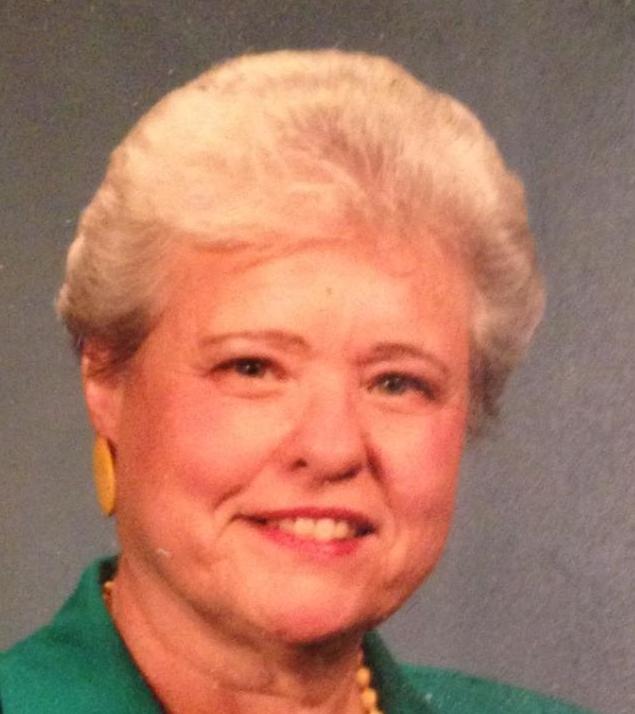 Julia Mahone Alcorns passed away Monday, March 23, 2015 at Morningside Assisted Living in Williamsburg, Virginia. She was the youngest of six children born to Louise Hall Mahone and Thomas Bradford Mahone, Jr. She was preceded in death by her husband of 55 years, Donald Alcorns and her parents. Two brothers, Thomas and George Mahone preceded Julia as well as two sisters, Catherine and Sadie. She is survived by her sister Betsy Mahone Inabnet of Evant, Texas, as well as many nieces, nephews andextended family.

Julia spent her early years in Williamsburg–riding her bicycle all over town, skating at the local skating rink where she met her future husband and being named “most athletic girl” at Matthew Whaley High School in her senior year. She was a lifetime member of the Williamsburg Baptist Church.

In 1962 Julia and Don moved to Houston, Texas where Don was one of the first employees of what was to become NASA’s Johnson Space Center. Julia was an

accomplished banker and retired as Senior Vice President of Allied Seabrook Bank. In 1995, after retirement, they returned to Williamsburg–the area Julia

often referred to as “God’s Country.” She loved to travel–she would not stop until she had seen all 50 states and Canada; and she truly enjoyed playing bridge with her

friends in Texas and Williamsburg. She loved her family and relished teasing her many nieces and nephews. Her Mother often chastised her saying “they don’t

know you’re teasing” but she was relentless–even teasing her great- great nephew just a few months before the onset of her illness.

The family would like to thank the staff of Morningside for their care in keeping Julia safe and comfortable during her extended illness.

She will be buried beside her parents at Cedar Grove Cemetery on Friday, March 27 at 1pm. Memorial contributions are welcomed at the Williamsburg Baptist Church or charity of your choice. Arrangements by Bucktrout Funeral Home, Williamsburg, VA.