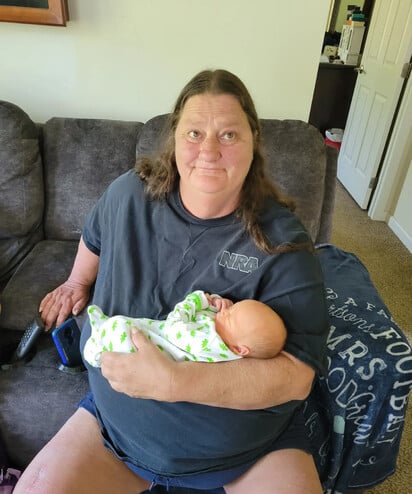 Judy Lynn Robertson of New Kent County, age 60, passed away unexpectedly on December 9, 2022. She was born on February 4, 1962 on U.S. Army Fort Benning in Georgia to Noah Issac and Sadie May Bailey.
On September 3, 1983 Judy married the love of her life, Charles “Charlie” Robertson III. Charlie tenderly referred to Judy as “Doodle Bug” during their 39 years of marriage. In November of 1988 they welcomed their son, “Charlie IV” into the world.
The most important thing to her was her family. Her grandson, Henry, was her whole world. Judy loved to go to the beach in North Carolina and stay in her camper. She enjoyed putting her feet in the water and making her husband collect sea shells. While they were alive, she would take her boxers Rocky and Bailey camping with them. She also enjoyed spending time on her home gun range shooting with her husband, son and daughter-in-law.
Judy is survived by her husband, Charles Robertson III; son, Charles Robertson IV and wife, Lauren Robertson; 3 sisters Deborah Bailey, Jeanne Collins and Patricia Cline; Mother-in-law, Joyce Robertson and grandson, Charles “Henry” Robertson V. She was preceded in death by her parents, Noah and Sadie Bailey; brother, Tony Bailey; Father-in-law, Charles “Chawnie” Robertson Jr. and nephew, Raymond Priola.
Please join Judy’s family in celebrating her life on Sunday, December 18, 2022 between 11:00am and 1:00pm. In lieu of flowers, donations can be made in Judy’s name to Gloucester-Mathews Humane Society.