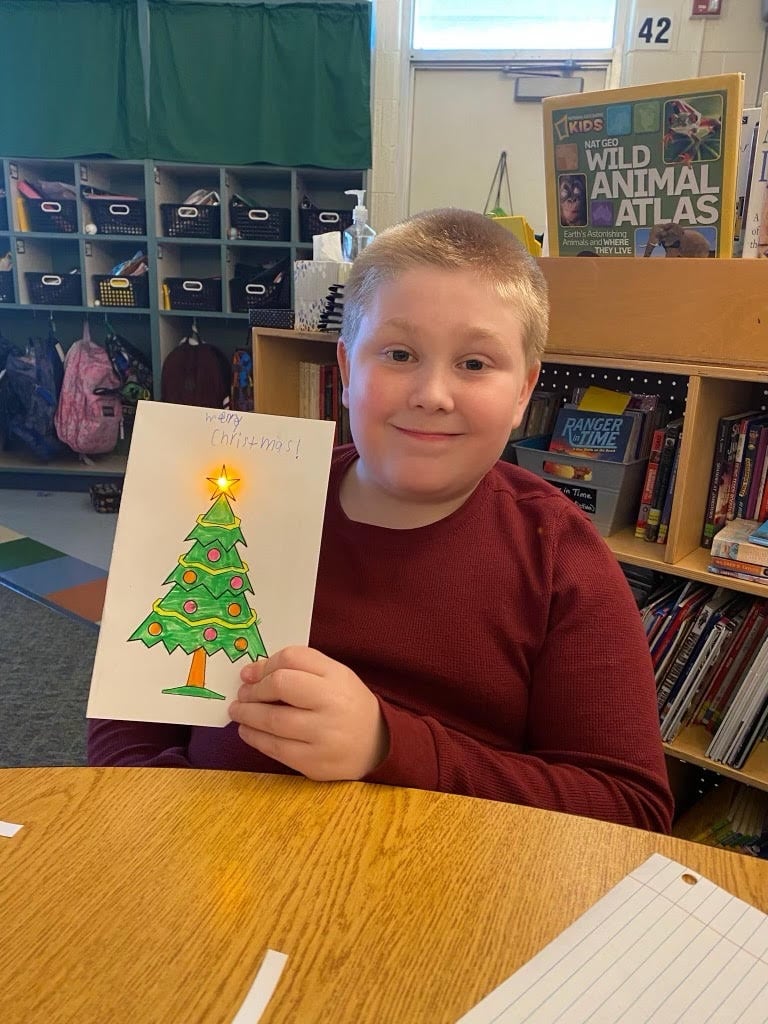 Joshua Chamberlain Peck died on December 30, 2022 at the Children’s Hospital of The King’s Daughter from complications due to bacterial meningitis. His mother and father were with him as he passed in his sleep.

Born on April 6, 2012 at Landstuhl Regional Medical Center outside Ramstein, Germany; Joshua was a truly unique and kind soul. During his 12 day battle in the hospital he received support from around the world. Families from Korea to Germany, England to Hawaii shared heartfelt stories and support speaking to the immense character of this only ten year old boy.

Joshua is survived by his mother and father, Christina & Matthew, two siblings, James & Josephine, and his dog Zippy. He will forever be loved and cherished by four grandparents, six aunts, three uncles, and six cousins.

An old soul, Joshua was truly his own individual. While he enjoyed swim team and playing guitar, Joshua feverishly researched vintage electronics, airplanes (specifically the Concorde & Airbus A380), as well as topics from nuclear power to classic Volkswagens. When not at school or participating in extra-curriculars Joshua spent time in the garage tinkering, in his room building contraptions, or racing in Forza Motorsport on XBOX. His future plans involved a multifaceted corporation with hotels, an airline, and services under the moniker “Chamberlain Services.”

Joshua was a traveler, had visited nine countries, and was always on the move. He enjoyed trying new things and was a lover of world cuisine. He enjoyed cooking, telling his little brother what to do, and helping with and holding his one month old baby sister. Joshua always dreamt big, made detailed plans, and was always ready to help. At school he was an active member of the Student Council Association and was elected co-historian where he enjoyed documenting school events through pictures and presentations. He regularly volunteered to help other students in need.

Joshua was also an active scout, working from Tiger all the way through Arrow of Light and was about to cross over to a Boy Scout. He loved camping, fishing, and whittling wood. At scout camp outs Joshua was the first to volunteer for kitchen duty and fire patrol.

There are no words to describe the feeling of emptiness and sorrow felt by his family, friends, teachers, and all that knew him. Joshua was truly one of kind. An inspiration for us to be better people. A bright star whose light was taken too early.

There are no words that can express how grateful we are for all of you who supported us during Joshua’s battle. Be it food, monetary donations, stories that made us smile, or a simple hug; we are forever in your debt. Finally, to the Life Flight personnel, nurses, and doctors at the Sentara Williamsburg Regional Medical Center Emergency Room and the Children’s Hospital of The King’s Daughter; thank you for helping him fight, comforting him, and keeping him dignified until the end.

A celebration of life for Joshua Peck will be held at Williamsburg Community Chapel on January 15, 2023 at 3:00 PM.  The service and reception are open to the community.  In lieu of flowers, the family has set up a Joshua Chamberlain Peck Memorial fund at tmcfunding.com.