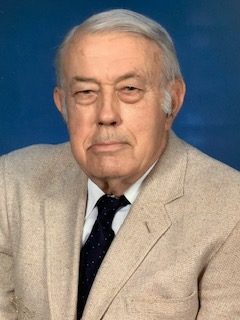 Joseph H. Shaw, aged 89, died August 18, 2019.  He was born on that same date in 1930 in Detroit, Michigan and graduated from Detroit Country Day School where his father, F. Alden Shaw was the Founder and Headmaster.   He attended Harvard College and graduated with Honors in Economics in 1952.  He lettered in football and was awarded the LaCroix Trophy for leadership in 1951.  He was drafted into the Army where he served in the Military Police prior to attending Artillery Officer Candidate School at Ft. Sill, Oklahoma.  He served with the 82nd Airborne Division and completed 28 jumps before being discharged in 1955.

Following his military service he attended the Harvard Business School, graduating with an MBA in 1957.  He worked in the paper industry for thirty years, first with Longview Fibre Company in Longview, Washington and then with Champion International Corporation.  During his career he worked at all levels starting as a Shift Foreman and ending as a Senior Vice President managing a division of paper mills and converting plants with profit and loss responsibilities.  He retired in 1989.  His career involved the manufacture of all types of paper from corrugating medium to photographic paper in mills located in Washington State, Ohio, North Carolina, Texas, New York and Brussels, Belgium.

He is also survived by his brother Daniel E. Shaw of Roanoke, Virginia.

A memorial service celebrating his life will be held at Williamsburg Landing, Williamsburg, Virginia on September 7, 2019.  In lieu of flowers memorial donations can be made to Detroit Country Day School, 22305 West Thirteen Mile Road, Beverly Hills, Michigan 48025 or to a charity of your choice.