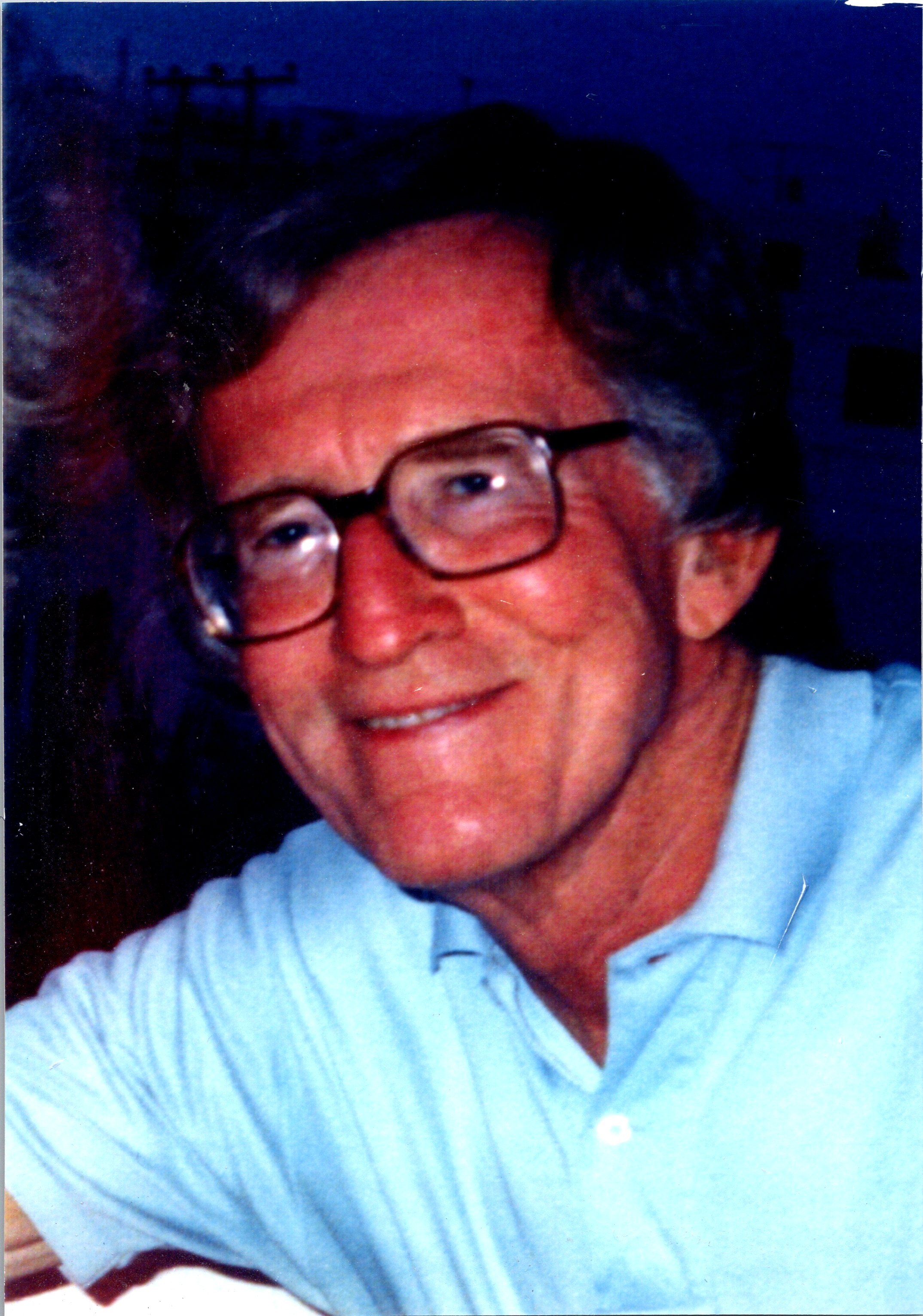 Joseph Willard Brinkley died Saturday in Williamsburg following an extended illness. He was 92 years old. His first wife, Virginia Northcott Brinkley, died in 2002. Mr. Brinkley is survived by his second wife, Madison Washburn Brinkley. He was born in Portsmouth, VA to Joseph C. Brinkley and Iola Rountree Brinkley in 1928. He was raised in Portsmouth and Nansemond County where his roots date back to the early 17th century.

Mr. Brinkley graduated from the College of William and Mary in economics and earned his Master’s Degree in Economic Development from New York University. He served with the U. S. Navy in World War II and the Korean War.

In 1952 Mr. Brinkley joined the staff of the Colonial Williamsburg Foundation as Assistant to the Treasurer. He was assigned to the team responsible for filming The Story of a Patriot and appears frequently in the film.

In 1961 he became Director of Exile Political Affairs for the Free Europe Committee; as such he was responsible for funding and guiding the activities of the nine governments in exile from Eastern Europe. He received special recognition from both the Polish and Hungarian governments in exile for his work with the Council of Europe.

In 1963 Mr. Brinkley became Director of Political Broadcast Analysis for Radio Free Europe and in 1967 was elected a Vice President to help secure additional funding from American corporations, foundations, and government agencies to expand broadcasting operations.

Two years later, he joined the staff of the Asia Society as Chief Financial and Operating Officer. The society was a cultural, educational, and economic development program to improve understanding and cooperation between the U. S. and Asian countries following the Viet Nam War.

In the late 70s, he became the Deputy Executive Director of the New York Association for the Blind, and some years later the Assistant General Director of the Community Services Society

Mr. Brinkley continued to serve as chairman of the NY Oratorio Society, Vice President of the New York Foundation for Early Music, and a member of the Board of the British Aldeburgh Festival in England.

Mr. Brinkley’s lifelong avocation was classical music, particularly choral singing. Throughout the years he sang in concert halls, night clubs, churches, on street corners, and on television and radio shows. He and three friends at William and Mary formed a successful quartet which won the Eastern Regional contest with the Horace Height Band and performed on national radio. They also appeared on the first TV program south of the Mason-Dixon line broadcast from Richmond.

As Chairman and President of the Oratorio Society of New York, Mr. Brinkley produced and appeared in several programs a year at Carnegie Hall working with some of the best known performers, conductors, and composers of our day.

Mr. Brinkley often said he had: “Never accomplished anything of note, and had never made any money. He was a laborer in the vineyards of our time.”

He will be missed in his daily walks along Jamestown Road and the Duke of Gloucester Street.

An 11:00 memorial service for Mr. Brinkley will be held on Saturday, June 9, 2018 at Williamsburg Baptist Church. Internment will be private. In lieu of flowers, contributions may be made in his memory to The College of William and Mary and The Williamsburg Symphony.