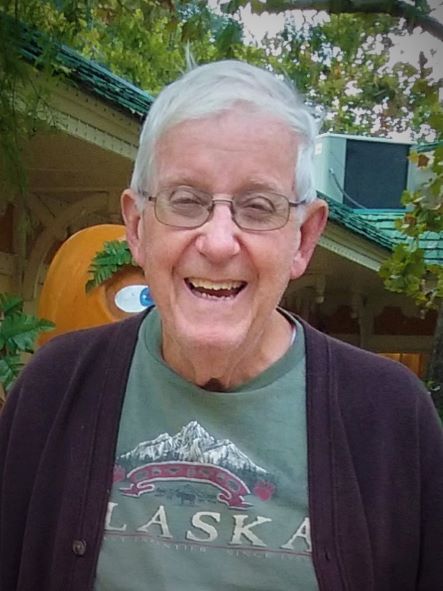 John William (Bill) Graves was born in Washington, D.C. on January 7, 1937 and died peacefully on August 7, 2021 in Toano, Virginia at 84 years of age.
Bill grew up and attended school in the District of Columbia at St. Francis Xavier (K-8) and Mackin High School. Upon graduation from Mackin, Bill joined the US Army in 1957 where, after completing basic training, he was stationed at Fort Dix, New Jersey.
After the military, Bill joined Washington Gas Light Company where he would retire after 40 years of service. Though he had no formal training outside of a high school drafting class, Bill spent forty years as a draftsman and received an award for leading the effort to modernize the company’s drafting department through the adoption of Computer-Aided-Design software. Upon retiring from Washington Gas, Bill ran his own CAD company specializing in civil engineering applications. He ran that business until 2010.
Bill and his wife were avid square and round dancers which led to much travel, something Bill loved. He enjoyed gardening and working in the yard. He spent many years researching family genealogy, something that interested him very much. He also loved his model trains and spending time with his grandchildren.
Bill and his wife were lifelong members of the Catholic Church.
Bill is preceded in death by his mother, Eleanor Graves and father, Vernon Graves, Sr. and brother Veron Graves, Jr. He is survived by his wife of 57 years, Jane, son Anthony and his wife Lauren Graves, and daughter Christina Harris; granddaughters Amanda, Alyson, and Angela Harris, and nephews Steven, Mitchell, and Michael Graves.
Service will be held at St. Olaf, Patron of Norway Church in Norge, Virginia, Saturday August 14, 2021 at 11 am. The family will be receiving guest one hour prior to the service. A private graveside burial will be conducted on Sunday.
In lieu of flowers, memorial contributions may be made to Alzheimer’s Association at alz.org