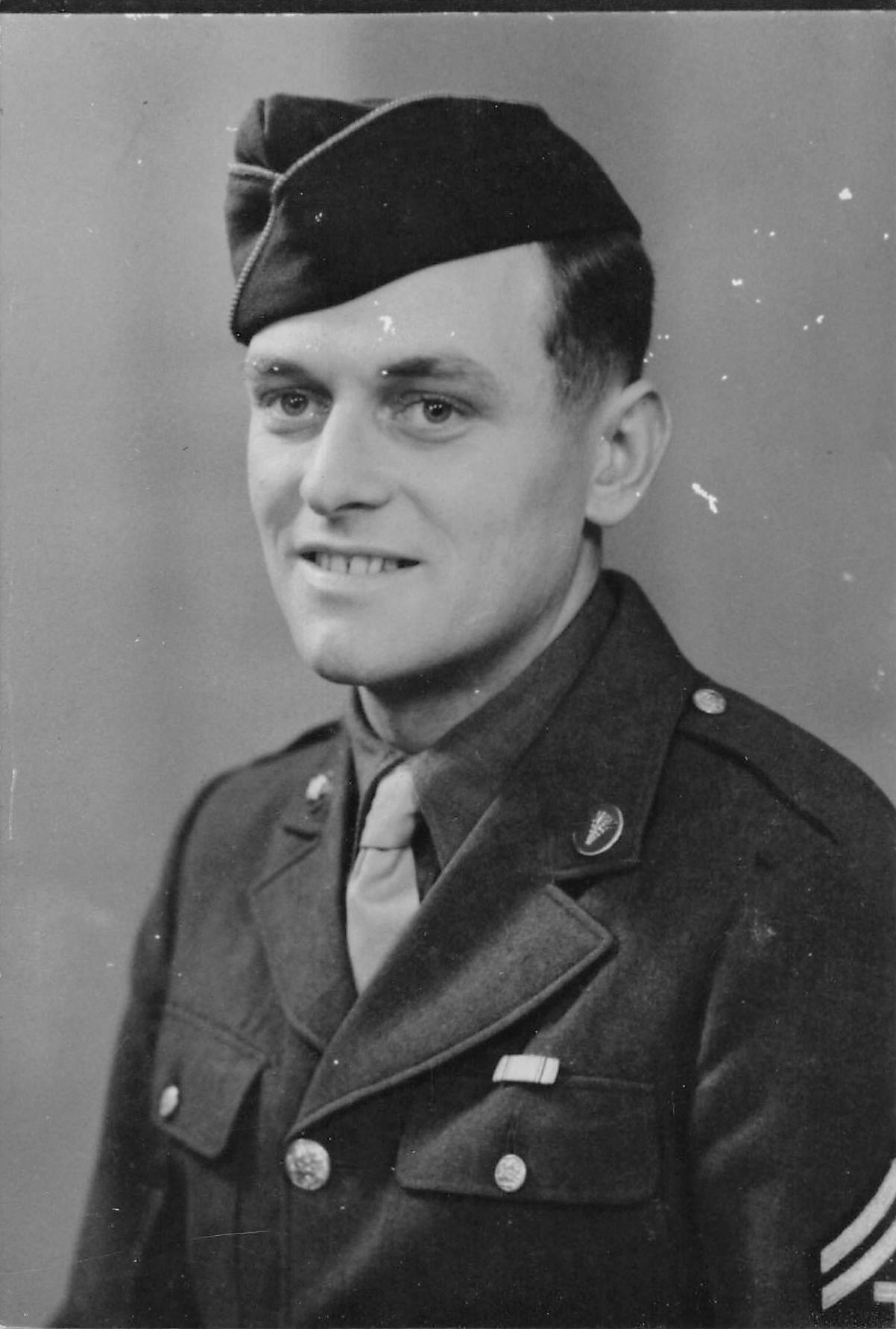 On Saturday, September 23, 2017, John L. Glaser, 98, passed away peacefully in his sleep. John was a true son of Virginia and a member of the greatest generation. He was preceded in death by his parents, Edwin C. and Marie D. Glaser, as well as his wife of nearly 70 years, Lilian B. Glaser.

John was born in Baltimore, Maryland on December 11, 1918. He, however, would grow up in Yorktown, Virginia, where the family home was. John would spread his time between his parent’s house in Yorktown, and his parent’s house on the Naval Mine Depot, where his father would work for 42 years. John attended Elementary School in Yorktown and high school at Matthew Whaley in Williamsburg. He would then take two years of business school at William & Mary.

In April of 1941, with war on the horizon, John joined the Army and would find his spot as a medic in headquarters battery of the 111th Field Artillery 29th Division. In September of 1942, John and the 29th Division shipped out to England to prepare for the invasion of Europe. While training, John would meet the love of his life. Lilian Bailey was a WAF in the Royal Air Force. They would meet at a dance, fall in love and marry on January 10, 1943. Their love story would play out for 70 years.

On June 6, 1944, John would land on Omaha Beach and his unit would see combat throughout France, Holland, and into Germany. His European service ribbon has four battle stars as well as the spear head for Omaha Beach landing. In January of 2016, the French Government awarded John with this highest honor for his military service. He was made a Knight in the Legion of Honor.

In September 1945, John would return to America and Yorktown to start a life with his wife. He would go to work at the Naval Mine Depot and retire after 32 years of service. In the private sector, John would work several years for Colonial Williamsburg, before finishing his working career with 15 years with the Farm Fresh Organization. John’s Passions were working on his homes, landscaping and his flower garden.

A celebration of John’s life will take place at Bucktrout Funeral Home on Thursday, September 28, 2017, from 6pm – 8pm.