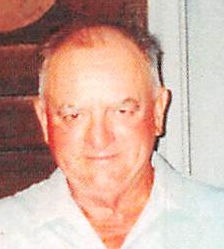 John was a World War II veteran, serving two years in the United States Navy on an LST, in the Pacific. After serving in the military he went on to work his way up to manager at the Brooklyn Union Gas Company. John loved playing a good game of golf.

A memorial service will be held at St. Bede Catholic Church on January 20, 2018 at 12:00pm with interment following at the columbarium.