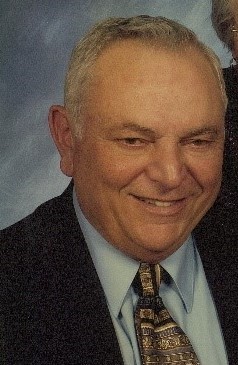 John Joseph Falbo Sr. (retired Colonel US Army), 86, of Williamsburg, Virginia, passed away on Saturday, May 9, 2020 at his home.  He was a first generation Italian and born the youngest of 7 children, on December 2, 1933 in Everettville, West Virginia. John married Ruth Marie Neer Falbo on July 10, 1954 in Morgantown, WV. John is pre-deceased by his wife of 62 years, who died on April 19, 2016. After graduating from West Virginia University (WVU) in 1955, John was commissioned as an officer in the Army (Signal Corps branch).  John also served as a military aviator, flying both fixed wing and helicopter aircraft missions during three tours of overseas duty in Korea and Viet Nam. John retired as Colonel from the military in 1978, when he was stationed at the Pentagon on the staff of the Joint Chiefs. John continued his distinguished career by taking on executive positions with AT&T, ARINC, and Satellite Business Systems (SBS). John and Ruth retired to Fords Colony in Williamsburg, VA, where they resided until their final days.

John was an avid sportsman, who enjoyed golfing, fly fishing, hunting, and sporting clays. During his final years, he enjoyed the camaraderie and friendship of the members of the Old Men with Guns (OGG) club. John was a devoted father and husband. He will be remembered for his clever sense of humor, his sage advice (counsel), and his memorable true-life stories.

John is survived by his four children:  Joyce Forman and her husband Gary, Linda Williams, Susan Shenkle and her husband Martin, and his son John Falbo Jr. and his wife Meg.  He is also survived by eight grandchildren and four great grandchildren.  John will be buried at a future date in Arlington National Cemetery will full military honors. Online condolences may be offered to the family at bucktroutfuneralhome.net.