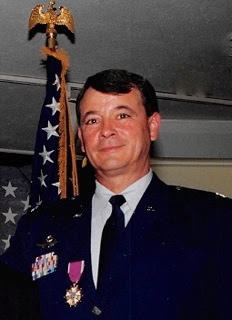 USAF Colonel (Retired) John H. ìJakeî Tweedy, of Williamsburg, lost his courageous battle with Leukemia on Sunday, June 7th, 2015 with family by his side. Jake grew up in Hampton, Virginia and after graduating with his B.A. in Economics from Virginia Tech, resided in many areas of the United States and Europe during his distinguished career in the United States Air Force. He later obtained his M.A. in International Relations and after proudly serving his country for 26 years, retired as a Colonel with numerous medals and honors. Positions included weapons and tactics instructor, fighter pilot, operations officer, and three-time fighter squadron commander. Jake flew many aircraft including the T38, F4, F15C, and F15E and was a command pilot with over 4000 flying hours. He was also a graduate of the prestigious USAF Fighter Weapons School. Following his Air Force retirement, he joined Whitney, Bradley, & Brown in Hampton, Virginia as Senior Manager in Weapons Systems Integration.

In lieu of flowers, the family encourages donations to the Leukemia and Lymphoma Society by clicking the link on the Left Tab of this page.

There will be a funeral service, with full military honors, at Arlington National Cemetery on October 30, 2015 at 1:00 pm with reception to follow, at the Officer’s Club at Ft. Myer.

Arrangements are in the care of Bucktrout Funeral Home, Williamsburg, Virginia.