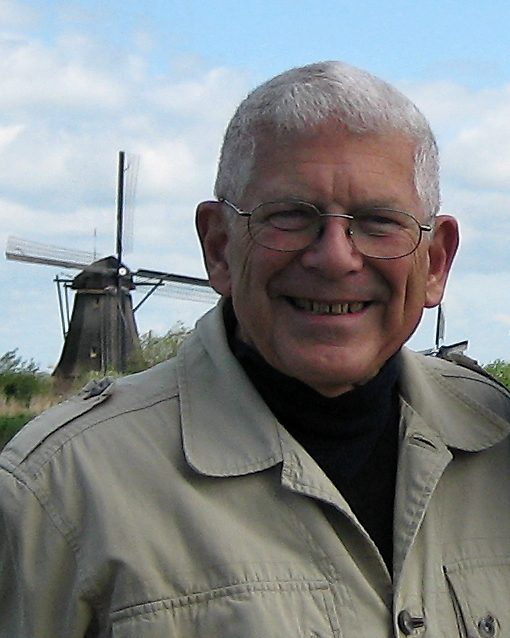 John H. Willis, Jr., who retired from William and Mary in 2002 after a 43-year career as an English professor, died Friday morning, June 29, 2012 at the Medical College of Virginia in Richmond. He was 82.

Jack was born on November 15, 1929 in Brooklyn, New York, the son of John and Geraldine Willis. He grew up in a navy family and moved often between the east and west coasts. During World War II he lived with his mother in Annapolis, Maryland while his father commanded a ship at sea.

Jack earned his B.A. in English at the University of Virginia, and a Ph.D. with distinction from Columbia University. After graduating from the University of Virginia, he served in the U. S. Navy for three years on board the destroyer the USS Ingersoll. In 1959, he began teaching at The College of William and Mary, where he remained for his entire career. Jackís first love was teaching and sharing with his many students his enthusiasm for modern British literature, particularly James Joyce, W.B. Yeats and Virginia Woolf as well as the classics. Jack wrote two books, William Empson, and Leonard and Virginia Woolf as Publishers: The Hogarth Press, 1971-41. In recognition of his scholarship, teaching and service at the College, Jack was appointed Forrest D. Murden Professor of English from 1991 to 1996. In his last decade of teaching at the College, he received several awards, including the Thomas Jefferson Award in recognition of his long-term service to the College and the Thomas Graves Award for Sustained Excellence in Teaching. He held many administrative positions during his career, but he was most proud of being Chair of the English Department at a time when the Department first began to hire a significant number of female faculty.

After retirement, Jack continued to devote energy and enthusiasm to his teaching at the Christopher Wren Association. He was also active in the community, serving on the Williamsburg Regional Libraryís Board of Trustees for eight years. Jack loved living in Williamsburg, running on the Parkway, biking to the College, and traveling and hiking with his family.

Jack was funny, engaging and warm-hearted. He loved gatherings with family and friends, and fed on conversation as much as good food and cheer. Jack shifted smoothly from the storyteller explaining the importance of Leopold Bloom in one moment, to the excited student of particle physics the next. He also enjoyed the solitude of sitting in his chair and beginning to read a new mystery, completing a crossword or loyally cheering on the Redskins. His passionate attention to human nature made its impact widely, from the College committee implementing Title IX in athletics, to the lives of the students whom he mentored through the decades. Jackís interests were broad, but genuine, and he found fascination in the lives of everyone around him.

A memorial service will be held on Saturday 21, 2012, at Bruton Parish Church at 2:00 P.M, followed by a reception in the Great Hall of the Wren Building at 4:00 P.M. In lieu of flowers, the family asks that contributions be sent to a fund at the College in memory of Jack. Contributions may be made out to the College of William and Mary Foundation (noting the gift in memory of Jack) and sent to the College of William and Mary, P.O. Box 1693, Williamsburg, Virginia 23187.