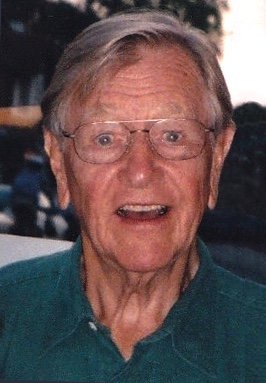 Born and raised in Brooklyn, New York, he attended public schools in NYC, graduated from Brooklyn Technical High School and studied Civil Engineering at Columbia University on the GI Bill of Rights.  He served in the Navy during World War II.  While at Columbia, he met Edith M. Mahoney of Bristol, Connecticut, who was studying at St. Luke’s Hospital.  They married at the Little Church Around the Corner in Manhattan in 1949 and he often said, “It was the best thing I ever did.”

Frank spent almost 40 years with the consulting engineering firm of Dames & Moore, first in New York City and, after becoming a Partner, he opened their first international office in Madrid, Spain in 1965 and then went on to London, England in 1967.   From fieldwork on drill rigs to business development, he contributed significantly to the firm’s growth from 50 employees to more than 2,000 when he retired.  The family lived abroad for over nine years while he managed the firm’s international operations.  He travelled extensively and shared his passion for the richness and diversity of cultures with his family.

Confirmed Anglophiles after their time in the UK, the Brennans moved to Summit, NJ in 1973 and then went on to La Canada, CA where they lived for 25 years before settling in Williamsburg, VA in 2001.  Frank enjoyed golf, tennis, travel, good food and drink, and conversations with friends and family.  He is survived by his wife of 67 years, Edith, daughter Ellen in the UK with twins Max and Hannah Reichwald, son Jack (Tammy) with Garrett and Collin in Sterling, VA, son David (Karen) with Sarah and Mike in Chatsworth, CA and daughter Anne in Raleigh, NC with Catherine Green.