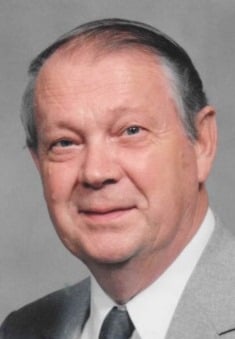 Johannes Stulen, 84, passed peacefully at home on October 24, 2016. He was born January 10, 1932 in Amsterdam. He is survived by his wife of 61 years, Corrie Stulen; children, Ronald Stulen and Sandra Stulen; grandchildren, Landon, Carter, and Hayden Stulen, daughter-in-law, Alana. He served in the Royal Dutch Army and also received a degree in Horticulture in Boskoop, Netherlands. Hans worked in the P&T lands in Subang, Indonesia. He emigrated to the United States in 1960 and worked for Colonial Williamsburg in Landscaping. Hans managed the Quality Inn Colony Motel for 16 years and worked with several other hotels for another 25 years.  After retiring from the hospitality industry, he worked as a school bus driver for James City County. Our loving husband, dad, and Opa will be missed.

A memorial service will be held Friday, October 28th at 2pm at Williamsburg Community Chapel, 3899 John Tyler Highway, Williamsburg, VA 23185. In lieu of flowers, memorial contributions can be made to the American Cancer Society by visiting www.tmcfunding.com. Online condolences may be shared at bucktroutfuneralhome.net