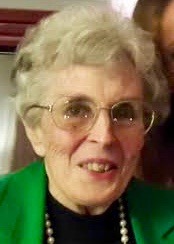 Joanne Scott Kennedy, 86, died January 1, 2016.  A Williamsburg resident since 1961, she was born to Robert L. and Mary Scott on February 5, 1929 in Charleston, SC.  She was a poet and writer, a 1949 graduate of the University of Maryland, former reference librarian at the Williamsburg Regional Library and book reviewer for the Daily Press, Virginian-Pilot and NY Times.