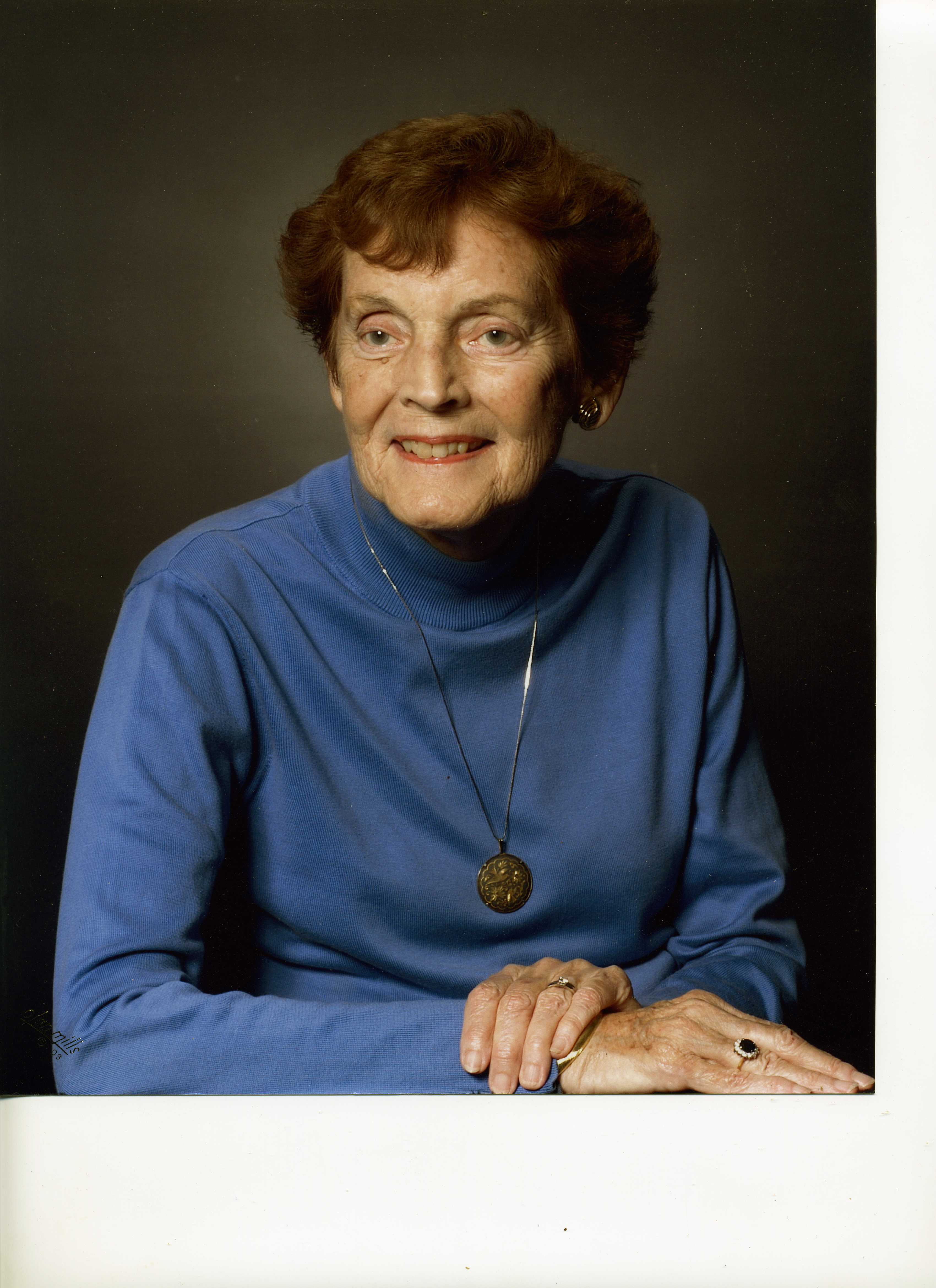 Joan Horton Goodwin, 80, passed peacefully from this life to the next on June 12, 2014 at Sentara Hospital in Williamsburg, VA.

Joan was born in Buffalo, NY on September 20, 1933 to Dorothea Whitham Mulcahey and Stanley Joseph Mulcahey. She graduated from Aldrich High School in Warwick, RI in 1951 and the University of Rhode Island in 1956 with a degree in nursing. She married Bruce Kesseli Goodwin on June 9, 1956 and the couple spent their first years of marriage in Bethlehem, PA and Cherry Hill, NJ. When Bruce accepted a faculty position at the College of William and Mary in 1963, the Goodwins with their three young children moved to Williamsburg, VA, their home for the remainder of their lives.

Joan worked part-time as a private-duty nurse while her children were young and was known for the exceptional care she provided to her patients. During the 1970s Joan ventured into real estate and opened her own company, Goodwin Realty. For the last 10 years of her career, she returned to nursing and enjoyed working as the school nurse at Berkeley Middle School.

Joan was very active in the Williamsburg community. For many years she actively supported the American Association of University Women, serving as president of the local chapter, organized nurses for the local blood bank and was the local director of the cancer crusade. Until very recently, she was in the Williamsburg Music Club, the Williamsburg Womenís Club, two Red Hats clubs, the Kingspoint Womenís Club and played bridge weekly. She loved flowers and joined the Kingspoint Garden club in 1967, serving as president for two terms, and also was involved with the Williamsburg Council of Garden Clubs. Joan enjoyed traveling to distant parts of the world and doing ballroom dancing with her husband, Bruce. She always had a passion for cooking and enjoyed hosting elegant dinner parties for her friends. In 2011 she bought a house in Nags Head, NC, and spent many happy days with friends and family at the beach. A self-professed perfectionist and chocaholic, Joan lived her life courageously, with determination and perseverance, and was dearly loved by her family and friends.

Joan was pre-deceased by her husband, Bruce K. Goodwin, in 2008 and her son-in-law, Brian Smith in 2011. She is survived by her brother and sister-in-law, William and Kathleen Horton, III., of Warwick, RI; son Stephen Goodwin of Lafayette, IN, daughter and son-in-law Susan and Ernie Nolen of Hamilton, NY, and daughter Jennifer Smith of Annapolis, MD. She was very proud of her five grandchildren: Corey Nolen of Richmond, VA; Keslie and Eliza Nolen of Hamilton, NY; and Thomas and Liam Smith of Annapolis, MD; and a nephew and his wife Billy and Lisa Horton, of Warwick, RI.

Calling hours will be held at Bucktrout Funeral Home on Friday, June 13th from 5:30 ñ 8:00 PM. Burial will be at 2 PM on Saturday, June 14th at Cedar Grove Cemetery followed by a memorial service at Williamsburg Presbyterian Church at 3 PM.