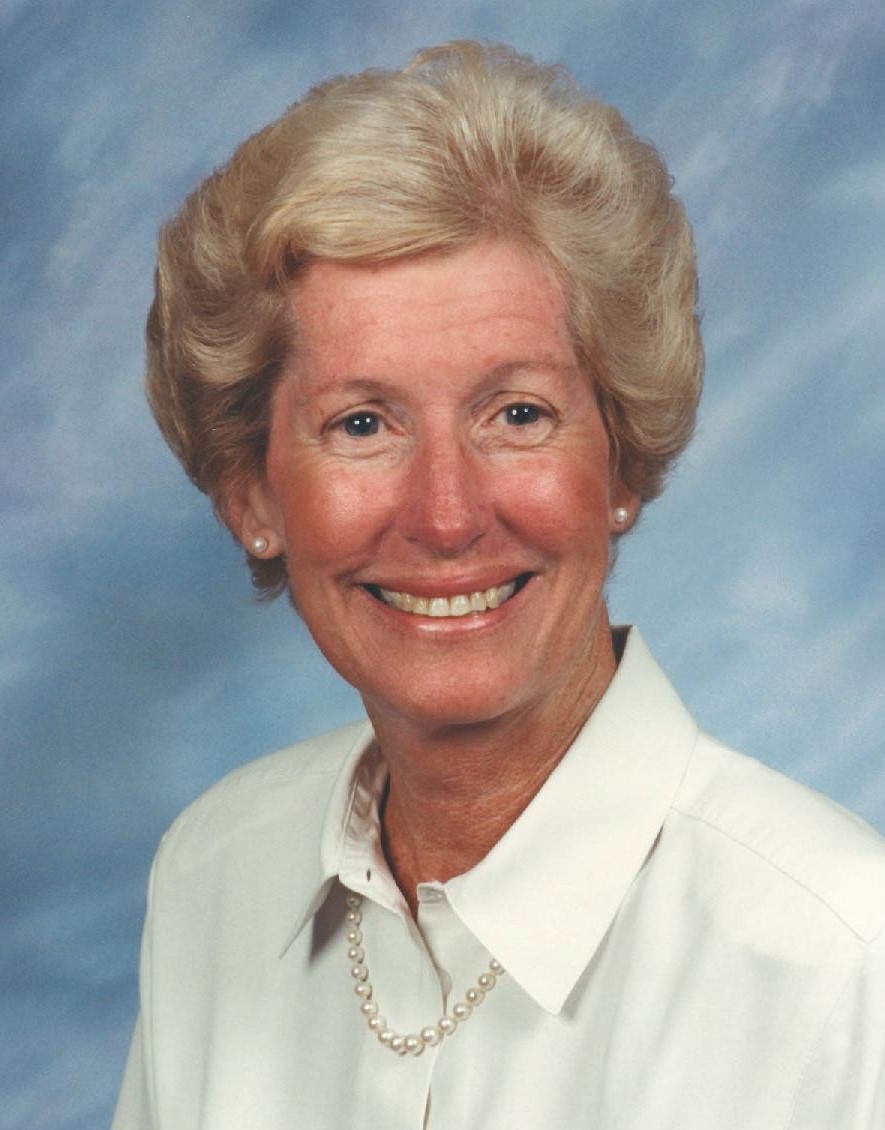 Joan was born in Manhattan, New York City, New York on April 13, 1934 to parents Marjorie and John Dismukes Green.  She enjoyed a quintessential childhood while residing in the Elkanah Deane House on the Palace Green in Colonial Williamsburg.  Joan attended Matthew Whaley School from Kindergarten through 10th grade and graduated from Saint Timothy’s School in Stevenson, Maryland. She earned a Bachelor’s Degree from Goucher College in Towson, Maryland.  After finishing her studies, Joan worked at the Colonial Williamsburg Visitor Center, spent time in Jackson Hole, Wyoming and subsequently moved to New York City where she worked at Lord and Taylor, the Metropolitan Museum of Art and Macy’s.

Joan met her husband, Jerry, while working together at Macy’s in New York City and they were married on Dec. 19, 1970 in the East Lounge of the Williamsburg Inn.  Jerry and Joan relocated to Lakeville, Connecticut in 1973, where she was employed at The Hotchkiss School, and moved to Bainbridge Island, Washington in 1984.

Joan and her family moved back to her beloved Williamsburg in 1990 where she treasured years of singing in the Bruton Parish Church choir, volunteering at the St. George Tucker House and working at Jamestown Settlement. Joan was a dear friend, a loving mother and a dedicated grandmother who treasured every moment spent with her grandsons.  She had a gentle, thoughtful and welcoming nature, and she thoroughly enjoyed making friends everywhere she went.  Joan also adored traveling, reading, watching films and supporting the arts.