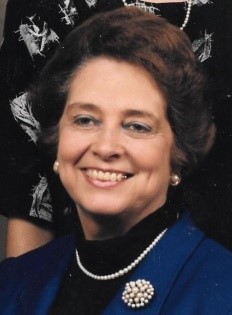 Jeanne Elizabeth Sweeney Ellerthorpe, 86, of Williamsburg, VA, passed away peacefully among Family on Saturday, June 16th. Jeanne was born and raised in Middletown, NY. The only beloved child of Charles W. Sweeney and Kathryn E. Jakley Sweeney, Jeanne graduated from Middletown High School, and attended Orange County Community College. Following school she worked on the staff of Thrall Library in Middletown. It was around this time, she met and fell in love with her future husband, then a cadet at the U.S. Military Academy.
Jeanne married Lieutenant Donald O. Ellerthorpe in June 1960 and together they shared a wonderful life, raising two children while enjoying numerous postings at Army installations across the United States and in Germany before settling in Coventry, Rhode Island. Throughout their years of Service, Jeanne was repeatedly recognized for her dedication and exceptional volunteer work in support of Soldiers and their Families. Following her husband’s premature passing, Jeanne moved to Colonial Williamsburg, Virginia to be closer to her family. She received the greatest joy from her faith, reading, travelling, and spending time with family and friends.
Jeanne is survived by her daughter, Kathryn; son, Don; daughter-in-law, Jennifer; and many cousins, nieces, and nephews.
A Funeral Mass will be held 10AM on June 27th at the Most Holy Trinity Catholic Church, West Point, NY. She will be interred with her husband immediately after at the West Point Cemetery. The William F. Hogan Funeral Home in Highland Falls, NY will be handling the local details.