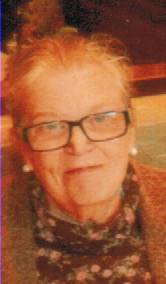 Jean Stewart Honeyman, 68, died at home after a short illness on December 7, 2012. She is survived by her dear friend, Jason McCandless of Arlington, VA; cousin, Bonni Manning and her husband, Wayne Palmer of Sherman, CT; cousin, Stewart MacDowall and wife, Kathy of Memphis, NY, David MacDowall and wife, Karen, Alicia Persaud and husband, Amar and Lindsay MacDowall. She also leaves behind her beloved cat, Stormy.

Jean was born in New York City to the late Jean MacDowall Honeyman and Frank C. Honeyman and lived in Manhasset, NY and Glen Head, NY before moving to Williamsburg in 1995.

Jean worked as a sales associate at Wythe Candy in Colonial Williamsburg until her retirement. While living on Long Island, she had worked at Lord & Taylor, A & S and Macy’s. An avid hockey fan and dedicated Anglophile, Jean will surely be missed by all that knew her.

In lieu of flowers, contributions to Heritage Humane Society, The American Cancer Society or Heartland Hospice would be appreciated.

A memorial service will be held at Bruton Parish Episcopal Church on Monday, December 10, 2012 at 2:00 PM. Family and friends will gather immediately following the service at the family home.