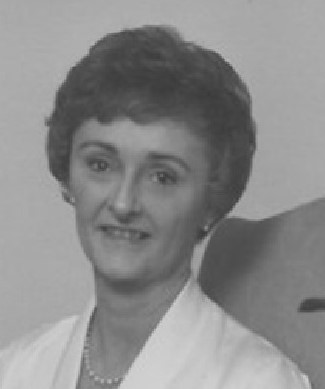 Jean Alistaire Duncan Parker, 88, passed away peacefully surrounded by family on October 19, 2016. Mrs. Parker was born in Wakefield, Virginia, daughter of the late Robert Alexander Duncan and Kathryn Fredenburgh Duncan. She attended the College of William & Mary where she was a member of Chi Omega Sorority. Jean, or “Baba” (as she was lovingly referred to by her first grandchild, Clark, and most everyone else since) lived an active and independent life with a youthful spirit. She was a person of faith; family was her life. Jean was a talented seamstress, artist and cook. Great comfort was found in her love of animals, history and the Outer Banks of North Carolina, her home for many years. Her perfect day was breakfast at the pier, watching grandchildren surf and something “seafood” for dinner. There she was an active member of the Virginia Dare chapter, Daughters of the American Revolution. She was preceded in death by a sister, Kathryn Trumpy. Survivors to cherish her memory include her sister, Elizabeth Modys, daughter Mary (Polly) Stalnaker, husband Albert (Buddy) and grandchildren Henry Clark and Mariah Duncan Kenny. Also, a son, M. Alexander Parker, wife Sarah and grandchildren Duncan Alexander and Mary Alexander Plautz, four great-grandchildren, Elle Rose, Paxton Wright, George Alexander and Rory Alistair as well as her dear friends, Marion Hunt and Hilda Buchanan. The family would like to thank the staff of the Freda Gordon Hospice of Tidewater for their loving and attentive care. A memorial service will be held at the Chapel of Sir Christopher Wren, College of William & Mary at 12:00 noon Saturday, October 29, 2016. In her memory, memorial donations may be made to Feline Hope, P.O. Box 893, Kitty Hawk, NC 27949 http://felinehope.org/ or the Alzheimer’s Association. Arrangements by Bucktrout Funeral Home and Crematory of Williamsburg.