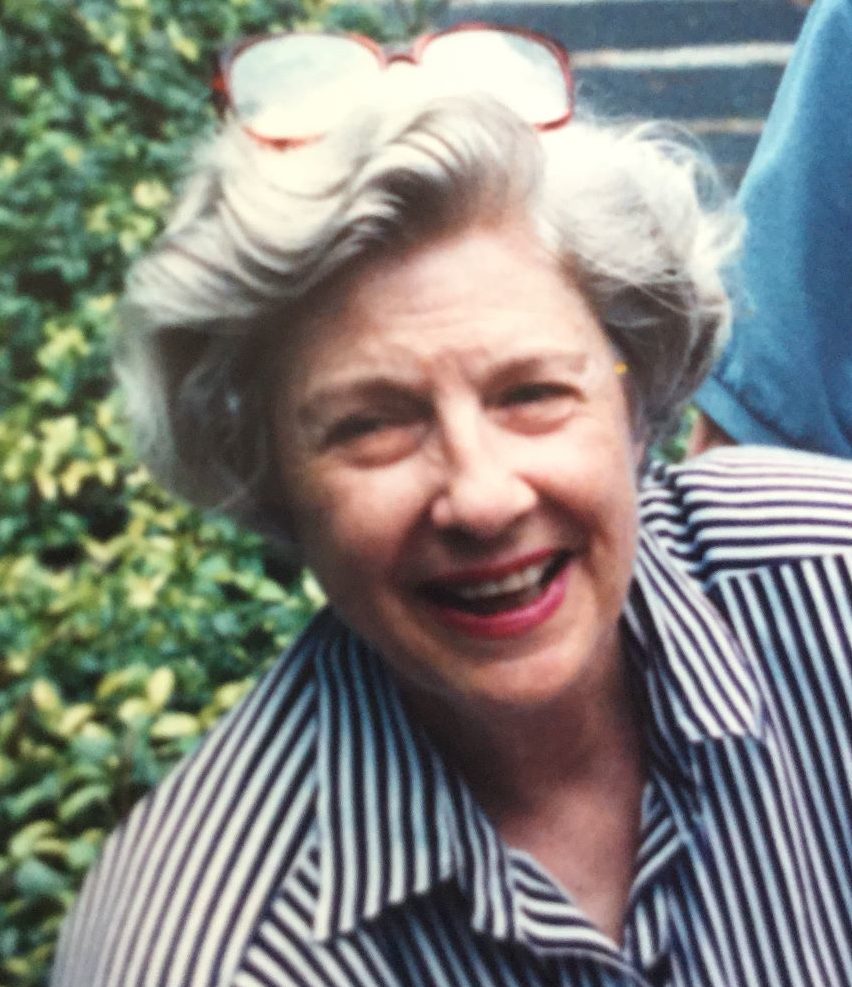 Jean Shivel, a long-time resident of Williamsburg, died of a stroke at Brookdale Chambrel, 13 April 2020. She was 94.

Jean was born in South Carolina, the only child of Eugenia Adams, a school teacher, and Gary Paschal, an attorney. She grew up in Columbia and in 1941 she was the sponsor of the USS Columbia, a US Navy light cruiser, named for her home city. She attended the University of South Carolina but left her studies to marry Lt. Glen Shivel in 1943.

Jean and Glen’s early married life took them to postings in Japan, Hawaii, and California.  She retained a life-long affinity to Pacific cultures. The family settled in Virginia in the 1960s and moved to Williamsburg in 1967. Jean joined St. Stephen Lutheran Church and served on many committees there over 50 years membership.

She had a life-long interest in history, houses and gardens, reading, family and friends. She was a member of the Williamsburg Garden Club of Virginia and enjoyed assisting in its many activities especially the Spring Historic Garden Week. She supported and enjoyed the Williamsburg Public Library and took part in community childhood reading programs. She volunteered at the 21st Century Gallery when it was still the 20th Century Gallery!

The family hopes to hold a memorial service later in the year. Notice will be given closer to the time. Online condolences may be posted via Bucktrout Funeral Home, Williamsburg, bucktroutfuneralhome.net.