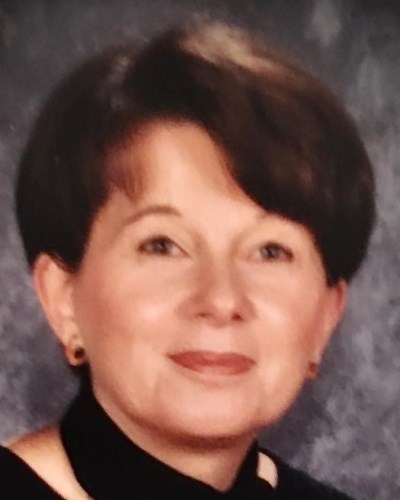 Janet Rose Fuchs passed away peacefully at home, surrounded by family, on January 22nd, 2021, only a few weeks after the death of her husband, Alan Fuchs. She was 79 years old.

Born and raised in New York City, she is survived by her sister, Marjorie Gleit; her children: Daniel Fuchs and his wife, Debbie, and Karen Block and her husband, Ben; and her five beloved granddaughters: Amanda, Eliza, Lauren, Kate, and Caroline.

Janet grew up in the Bronx and Forest Hills. She was a self-proclaimed tomboy in her youth, playing stickball and punchball with the boys, but later became serious about her studies and was an exceptional student at Forest Hills High School. She and Alan were high school sweethearts, and they remained a committed couple during their college years, he at M.I.T. and she at Vassar College, where she studied English and met many of her life-long friends. They married soon after graduation and moved to Boston for Alan to start graduate school. Janet took a job teaching at Girls’ Latin School; she loved both the work and her students (who were not much younger than she at the time), and this experience began her life-long dedication to teaching. When they moved to Williamsburg for Alan’s professorship at the College of William & Mary, she raised their young children while studying for her master’s degree and starting her career as an English teacher at Lafayette High School.

Over the following decades, Janet motivated thousands of young people to appreciate literature and become strong writers, and her high standards and dedication to her field inspired a future generation of teachers who aspired to be the next Mrs. Fuchs of Honors English 11. She was a prominent figure in the faculty, developing the curriculum for the honors classes, reviewing essays for scholarships and the National Honor Society, and she loved coaching the Tidewater Challenge/Battle of the Brains teams.

Janet was the consummate hostess (New Year’s Eve festivities at The Fuchses were legendary), and she was always up for a night out with Alan and with friends. Voted “Best Dressed Teacher” at Lafayette, she took great pride in her wardrobe (and no one could accessorize with a scarf like Janet.)

Arts and fine food were great passions. Janet was a very talented chef, renowned for her impressive apple tart, chocolate mousse, and stuffed mushrooms. Yet she was equally happy with a chocolate milkshake and frequently enjoyed a glass of Grand Marnier with Alan after dinner. She was an expert at crossword puzzles and a serious Scrabble player (who never rushed a turn, a test of the family’s patience, but indicative of her commitment to excellence in all things.)

Janet was a loyal and caring friend, a devoted wife and mother, and she treasured the title of “Grandma.” Entirely dedicated to her granddaughters, she was active in all of their lives — picking them up from school, attending performances and sporting events, and always there with the perfect gift or card for every occasion. She enjoyed talking to them about the books they were reading and gave sage advice on school and life.

Janet’s life was full of family, friends, and intellectual pursuits. She taught us the importance of hard work, that family comes first, and that life overall is sweeter when we share our joy with those we love.

Janet and Alan were an inseparable couple since the age of sixteen, and while we mourn their passing, we take comfort in the belief that they are reunited and are on to their next journey, together.