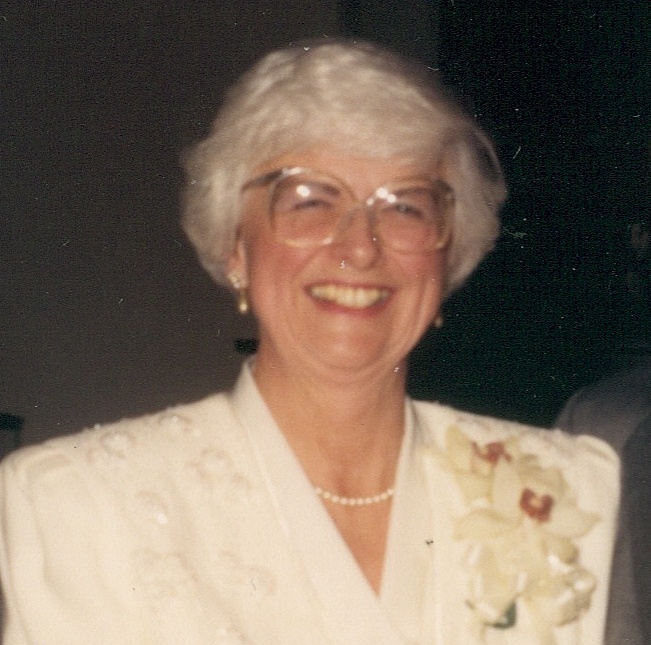 Janet Barto Cook Howard, beloved wife, mother, aunt, and grandmother, died August 24, 2018 in Williamsburg, VA. She was 92. She was born November 15, 1925 in Audubon, NJ. She graduated from Trenton State Teachers College (now The College of New Jersey) with a degree in education and was an elementary school teacher. She married Roy Cook in 1945 and moved to Pennington, NJ where they resided for many years. They retired to Williamsburg, VA in 1982. After the death of her husband in 1988, Mrs. Howard married Samuel Howard in 1990.
Mrs. Howard volunteered for many community and church activities during her lifetime. She was active in the Delaware Raritan Girl Scout Council for over 20 years and served as president of the council from 1975 through 1980. She sang in the choir and was an elder at the First Presbyterian Church in Pennington, NJ. She was also active in the first Presbyterian Church of Williamsburg and was a member of the Williamsburg PEO chapter (Philanthropic Education Organization – an organization supporting women’s education worldwide).
She continued a tradition started by her parents of an annual family vacation on the New Jersey shore. She attended the vacation up until her 90th birthday. She enjoyed traveling the world including Egypt, Europe, South America, the Caribbean Islands, and Australia. She was a lifetime learner, attending lectures and classes at the College of William & Mary and educational events at the Williamsburg Landing.
She is survived by her children Debbie Cook (Leo Glade) of Lafayette, CO, Beth Bucher (Bob) of Hummelstown, PA, and Ken Cook (June) of New Hope, PA, daughter-in-law Lisa Lario, and her stepchildren Larry Howard (Nancy) Chocowinity, NC, and Tom Howard, Woodstock, NY. She is also survived by her grandchildren Jim and Kenny Glade, Chris, Julia and Ben Cook, Sean and Lauren Bucher, Maria Soyka, Scott Howard, Katie Parks, Samuel Howard, four great grandchildren, and six nieces and nephews. She was preceded in death by her parents Paul and Susan Barto, her sisters Evelyn Barto and Eleanor Schultz, her brother Paul Barto, her husbands Roy Cook and Samuel Howard, her son David Cook and her grandson Steven Glade.
A memorial service will be held at the First Presbyterian Church of Pennington, NJ on Oct 20, 2018, 11am. In lieu of flowers, the family asks that contributions be made to the PEO Chapter AP Williamsburg. Mail checks to Mary Henle, 147 Londonderry Lane, Williamsburg, VA 23188. Please write “for Janet” on the check memo.