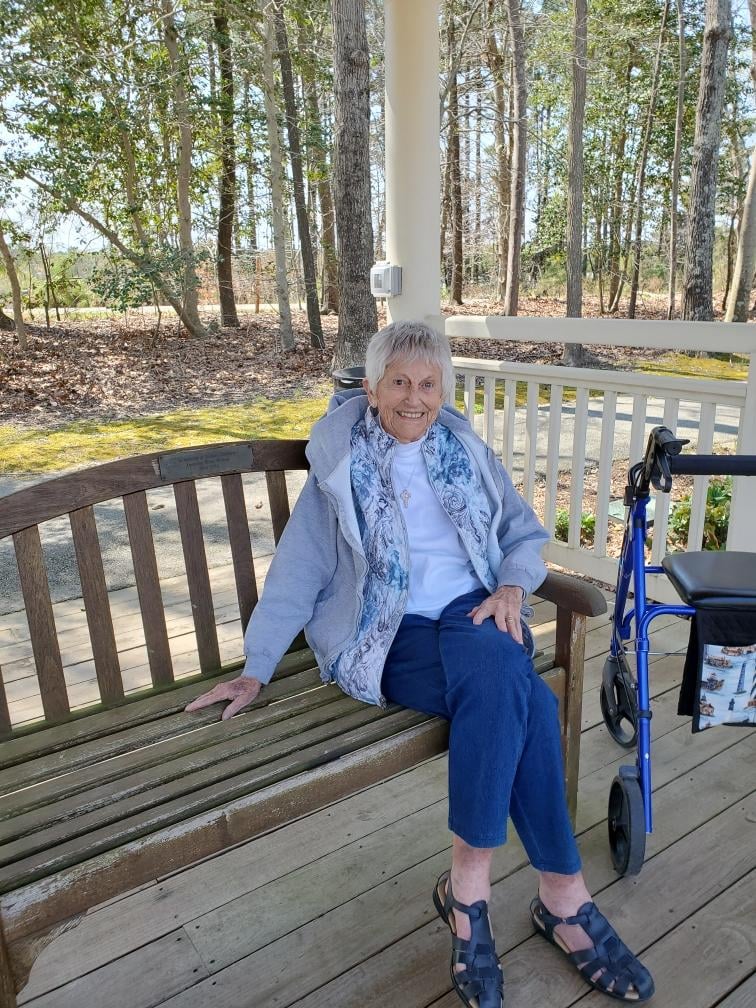 Jane Wood Adams passed away November 23, 2021. Born December 22, 1923 in Roanoke, VA she had been a resident of Williamsburg, VA for over fifty-seven years. Preceding her in death was her husband of fifty-two years, Lawrence Augustus Adams, Jr. She is survived by their four children and spouses: Larry and Gail Adams of Roanoke, VA, Cindy Muir of Portland, OR, Melissa and Bernie Volz of Farmington, NM and Michael and Susan Adams of Williamsburg, VA. She was also blessed with nine grandchildren and nine great grandchildren.

Before marriage she had attended William & Mary and was an airline stewardess. As an US Air Force wife, she lived all over the United States as well as Rio de Janeiro, Brazil and Tokyo, Japan. In 1964 Williamsburg became home.

Here she played tennis, tutored at William & Mary’s Literacy for Life program and was an active member of her church. The loves of her life were God and her family.

In lieu of flowers contributions can be made to Incarnation Church (Ministry Center 4732 Longhill Road, Williamsburg, VA 23188).