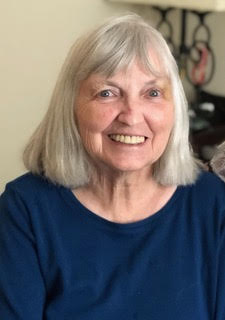 Funeral services will be held at 10:30 am, October 12, 2019, at St. Stephen’s Episcopal Church, in Indianola, Mississippi.  Burial will follow at Indianola Cemetery.

Jane was born in Greenwood, MS, to Marjorie Murphy Magruder and Douglas Neil Magruder, Sr., on May 3, 1937.  She went to school in Indianola and Yazoo City, MS.  She attended Mississippi State College for Women and graduated from the University of Hawaii. She received a master’s degree in English Literature from the University of Mississippi, a master’s in Organizational Development from American University, and studied at the University of Cambridge, England, where she completed research that led to her textbook: Appreciative Inquiry, Change at the Speed of Imagination.

Jane spent much of her life and work on social justice issues: civil rights in Mississippi and South Africa, economic development programs for women in South Africa, Kenya and many other parts of Africa, India, the Philippines, and Haiti. She worked with non-profits, USAID projects, the Episcopal, Anglican, and Seventh Day Adventists overseas development programs, and taught Organizational Development at Pepperdine University. When she began to use the Appreciative Inquiry methodology, her work spread to include the Dalai Lama’s government in exile, as well as corporate, non-profit, and religious institutions at home and abroad. Jane took great pride in the work of her many students as they took what she taught them into the world to continue her work in their own way.

Jane is preceded in death by her parents, and her first husband, J. Wesley Watkins, III.

Memorials may be given to the David L. Cooperrider Center for Appreciative Inquiry, Champlain University, PO Box 670, Burlington, VT 05402-0670.

The family of Jane Watkins wishes to extend our sincere thanks to the staff and residents at Spring Arbor Senior Living, and At Home Care Hospice, both of Williamsburg, Virginia, for all their loving care of Jane and her family.