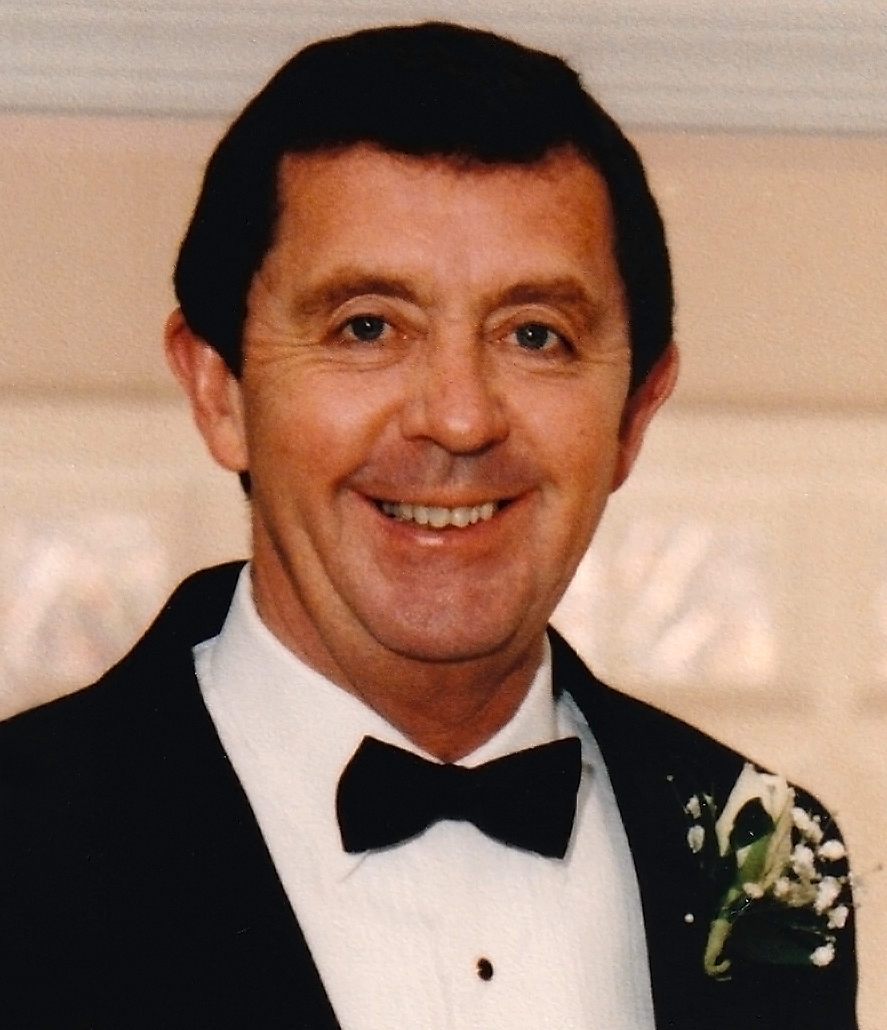 James W. Griffith departed this earth on December 19, 2022, peacefully in his sleep at home, surrounded by members of his family.  He was 84 years old.  A beloved husband, father, Granddaddy, Great Granddaddy, and brother, he will be missed more than words can express.

Although he lived most of his adult life in Newport News and Williamsburg, Virginia, James was born and raised in Lebanon, Virginia.  Born fourth in a family of eight children on a farm, he was inquisitive and industrious from the start, evidenced by his electing to scoot around on his bottom rather than crawl to ensure he did not miss any of the action.  As a child he never failed to pose the query “where is little James?” for any photo in which he did not appear.  He attended Lebanon High School where he was a star basketball and football player, culminating in earning the title “Athlete of the Year” in 1957.  After graduating high school, he moved to Roanoke, Virginia as a mortuary science apprentice at Oakey’s Funeral Home to become a funeral director and embalmer, where he also became an “Olympic-grade” checkers player.  In Roanoke he met his future wife Joyce Marie Nichols, a student nurse at Lewis Gale Hospital School of Nursing (graduated 1959).  The pair were married in 1958.

James decided on a change in profession in January of 1960, when he relocated to Newport News, Virginia and joined Nationwide Homes to begin his education as a General Contractor.  After several successful years with Nationwide Homes, he launched his own general contractor and land development business, Jim Griffith Builder, Inc.  Acting as his own draftsman and supervisor until he grew the business and added staff, James built many beautiful custom homes and professional buildings across Tidewater and Williamsburg, Virginia for more than 50 years, from the early 1960s until he retired in 2011.  In the early 1970s, James was very pleased to complete the first home built in the beautiful Williamsburg subdivision “Kingsmill on the James,” in which he continued to build until his retirement.  He also built many professional office complexes in the Williamsburg area.  One of James’ most cherished accomplishments was his role in the planning, development, and building of Williamsburg Christian Academy.

An avid basketball fan and player, he played almost religiously every week on Monday nights for most of his adult life.  When finding gym space became too difficult, he built himself a gymnasium in 1968, dubbed “The Lee Hall Coliseum,” so that he and the guys would always have a place to play.

A successful businessman, James was generous with his family, as well as others in need.  More often than not, he donated anonymously as his desire was to help rather than to seek recognition.  Endeavoring always to provide his family with experiences that he did not have growing up, he thrilled at taking the family on numerous vacations around the United States and abroad.  For many years, he made an annual long trek in an RV with the family to The Word of Life camp in Schroon Lake, New York for spiritual growth and togetherness.

A wonderful father and granddaddy, the memories will help to comfort us … his piercing whistle calling us home in the evening could be heard from one end of the street to the other and was known by all the neighborhood children … after dinner bike rides on Daddy’s handle bars … taking the blade out of his razor so Vanessa could use the left over shaving cream to also shave her face each morning … letting Jennifer steer the car from the age of two just because it was such fun for her “to drive” … riding on Daddy’s knee while he mowed the lawn … the endless recitals, school and sporting events, and horse shows … the annual Vanessa and Daddy shopping day each year after the Williamsburg Christmas parade … his silly faces, “Donald Duck” voice, and witty sayings and rhymes … the list is endless.

James, Daddy, Granddad … your sense of humor, love of family and joy of living will be missed.  We will be with you again one day in Heaven.

Special thanks to all the staff at Amedysis Hospice:  to our very special nurse, Lindsey, who provided loving care while joking around with Dad, always bringing a smile to his face and cheer to his days; to Jeremy who admitted Dad to hospice and helped us with Mom (you are truly a blessing); and finally to Tony who spent so much time with us in the wee hours of the morning that Dad left us to be with his Lord and Savior.  We would also like to give special thanks to Robert of Capital Medical Supply, who always accompanied his deliveries of medical equipment with a smile and kind words.  All of you have made this past six months more peaceful and earned a special place in our hearts.  You truly are angels assisting families with kindness at the most difficult times of their lives.

A Celebration of Life for family and friends will be held in the new year.

In lieu of flowers, donations may be sent in James’ name to the Amedysis Hospice Foundation (amedisys.com/about/foundation), the Pulmonary Fibrosis Foundation (pulmonaryfibrosis.org), or the Word of Life Ministries ([email protected]).

“Be not afraid … Come, follow Me, and I will give you rest.”

“And if I go and prepare a place for you, I will come again, and receive you unto Myself; that where I am, there ye may be also.” – John 14:3